Intersex people’s flag has a yellow background and a purple circle in the center. The concept of the flag was created by an intersex person in 2013. The author, Morgan Carpenter, explains it as follows:

The flag consists of a yellow background with a purple circle emblem. Colors and circles completely avoid the use of symbols that have anything to do with gender. For example, the trans flag is highlighted in blue and pink binary. The circle is continuous and ornamented, it symbolizes the wholeness, completeness and our capabilities. We are still fighting for body autonomy and genital integrity, and that symbolizes the right to be who we want to be. ” 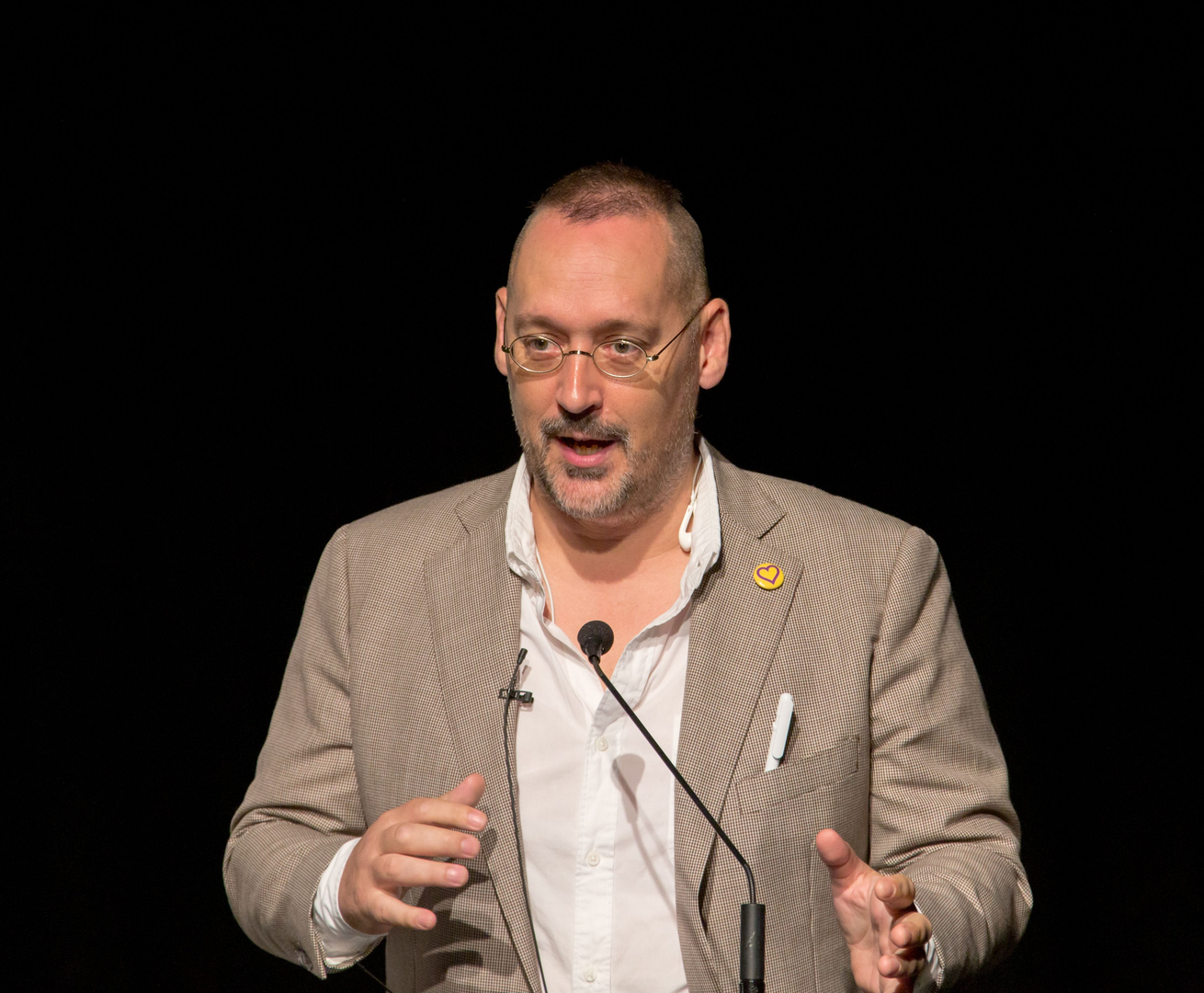 Intersex people often have experiences such as, having been deprived of their own body autonomy and privacy from an early age, instead of having to make their own decisions at an age adequate for them.

The word “intersex” is most commonly used to describe a person born with variations in sex characteristics, such as chromosomes, genitals, gonads, or sex hormones. Thus, an intersex person can be born or develop with the anatomical features that we associate with male and female anatomy. Because anatomical differences do not substantially correspond to gender or sexual identity, an intersex person may be a woman, a man, a non-binary person, a transgender person, or a person with any other gender identity. Therefore, intersex people can also be identified as straight, lesbian, gay, gay, asexual and more.

The Colors and History of the Asexual Pride Flag

Lela Lashkhi – This World Belongs to Everyone Equally