Decades ago, many people in Hollywood had to hide their identities in order not to tarnish their reputation. A clear example of this is Rock Hudson, the rising star of the Golden Age Hollywood, who, even while at the peak of his career, kept his sexual orientation a secret.

The situation soon changed, as a result of the active battle of activists and supporters, today the film, music or other arts and entertainment industries are showing more openness to LGBT + issues. Even celebrities find it easier to publicly come out.

Here is a list of celebrities who belong to the LGBT + family, are proud and try to empower community members around the world with their creativity. 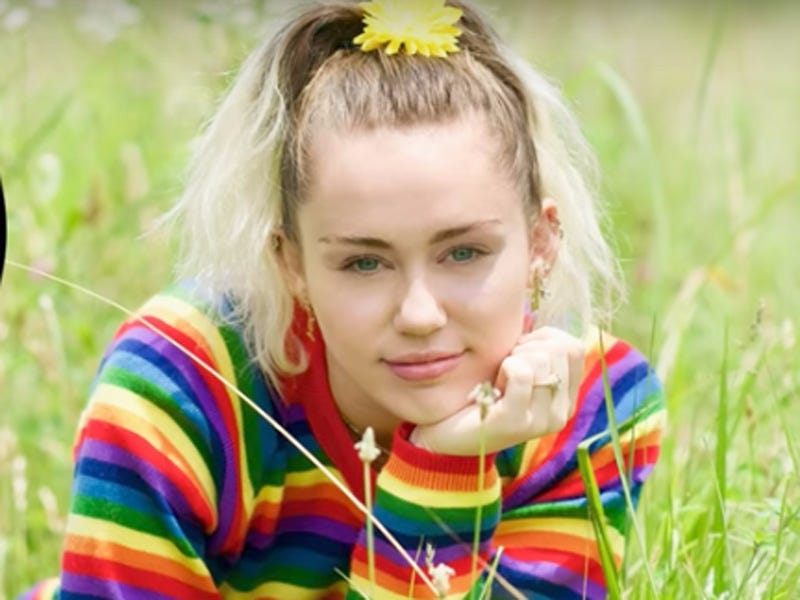 Miley Cyrus, the star of Hannah Montana and the undisputed leader of the billboard charts, told her mother at the age of 14 that she is pansexual and does not need to choose a particular gender for love. In 2015, the actor finally confirmed this to the Times. The young star does not shy away from showing off her sexuality, in 2014 she also founded the Happy Hippie Foundation, which helps young LGBT + people. 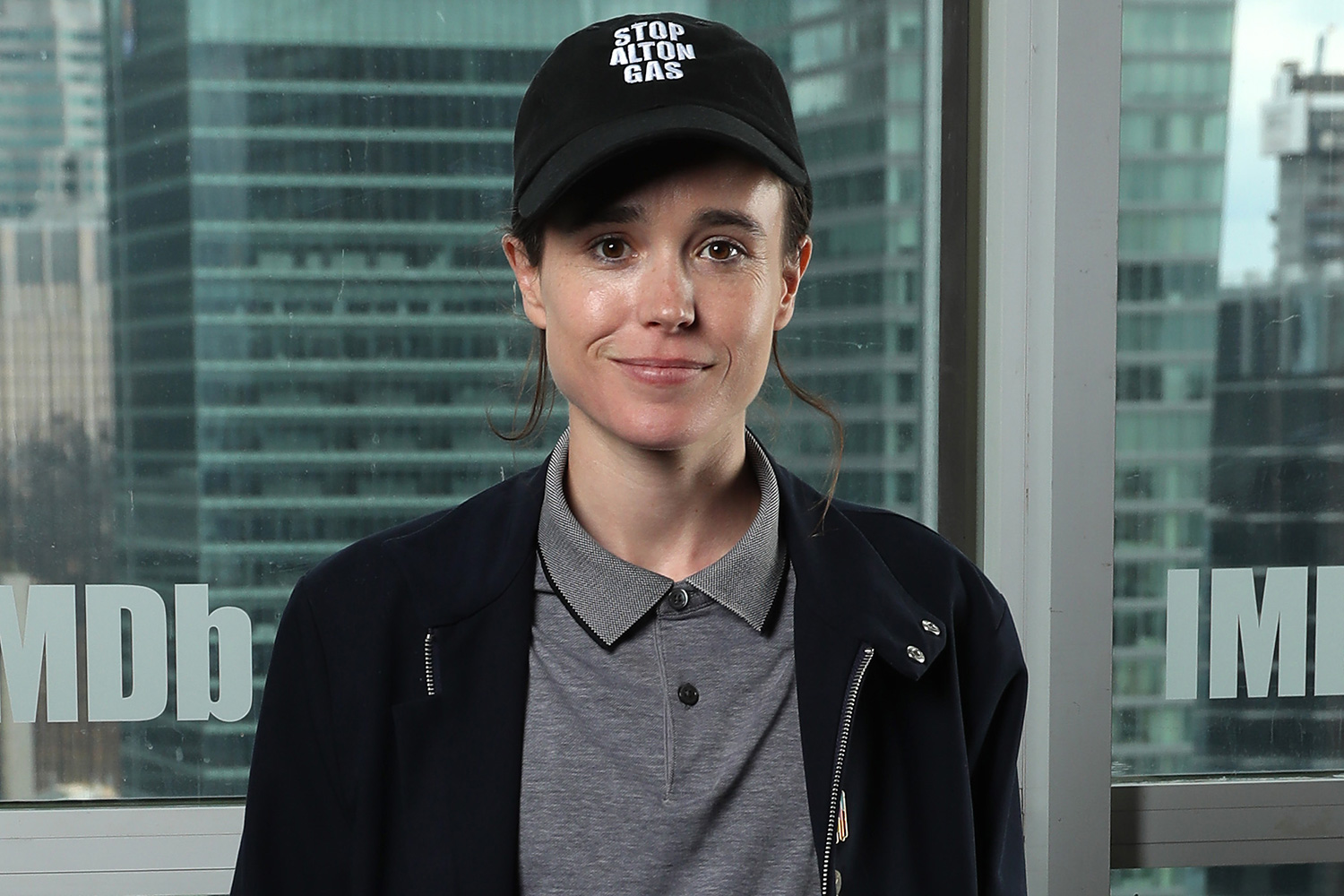 Eliot Page is another transgender actor known to moviegoers from Juno, Inception and The Umbrella Academy. The actress announced in December 2020 that he is transgender. 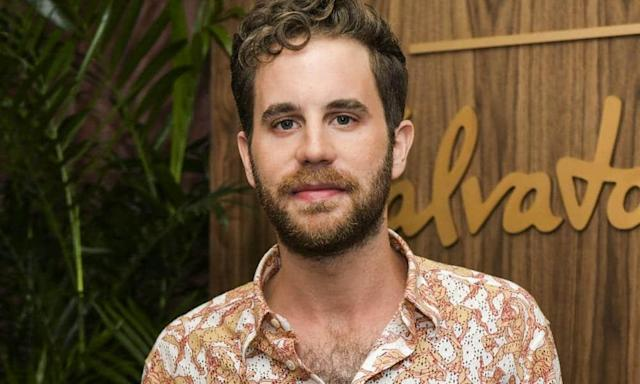 The Broadway stage star, singer and Tony Award-winning actor, unlike other LGBT + Hollywood stars, was never hidden and his orientation has been known since the beginning of his career. The actor says that Coming out is not completely safe even in Hollywood, though he is not intimidated by the potential rejection of producers, casting managers and directors. 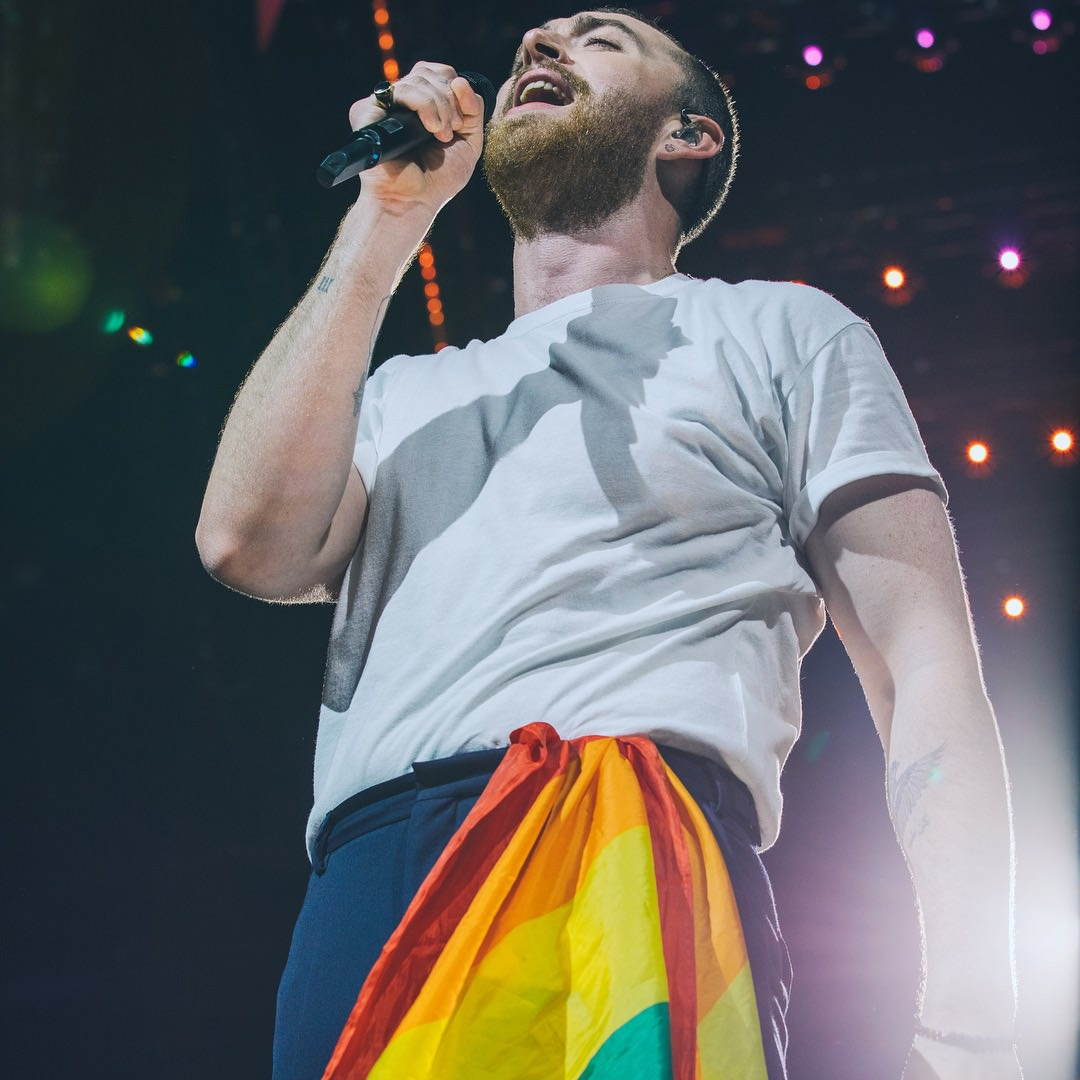 Grammy and many other awards winner Sam Smith, in an Instagram post in 2019, addressed their fans and the media that their pronouns were They / them. The singer identifies as non-binary and takes an active part in advocating for the LGBT + community. 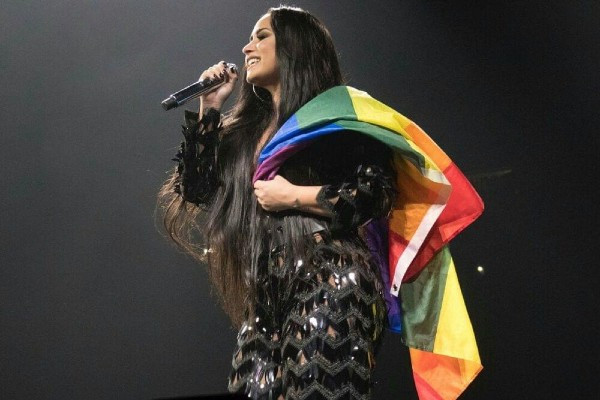 Former Disney star and musician Demi Lovato calls themselves queer and says that love has no gender and they are happy with their identity. 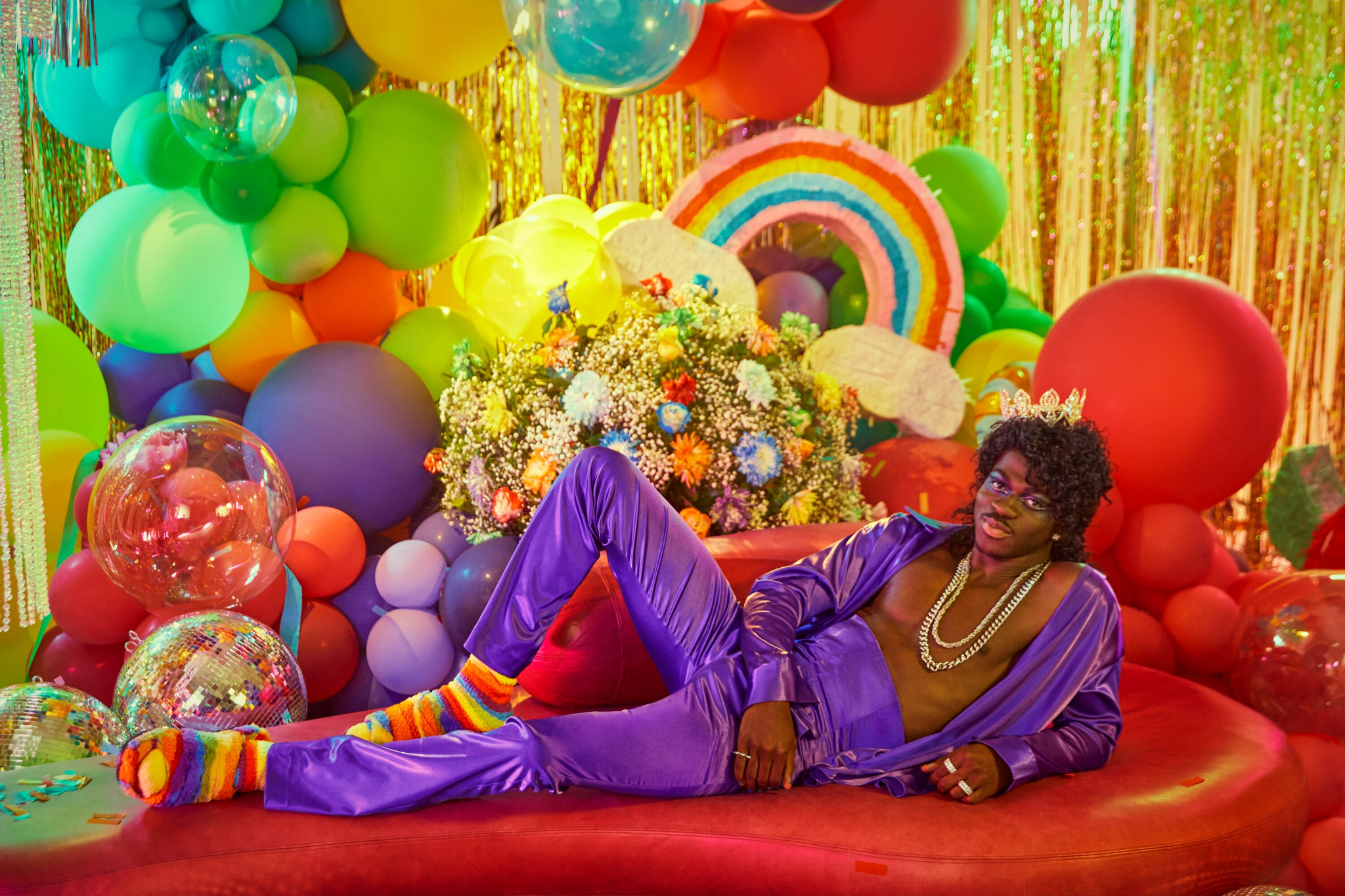 Growing up in a conservative environment, the young star, while living in Atlanta, could not even imagine that he would ever  come out publicly and would no longer have to live in a closet. Everything changed at the age of 19 when the hip-hop artist released Old Town Road and soon acquired an army of fans. 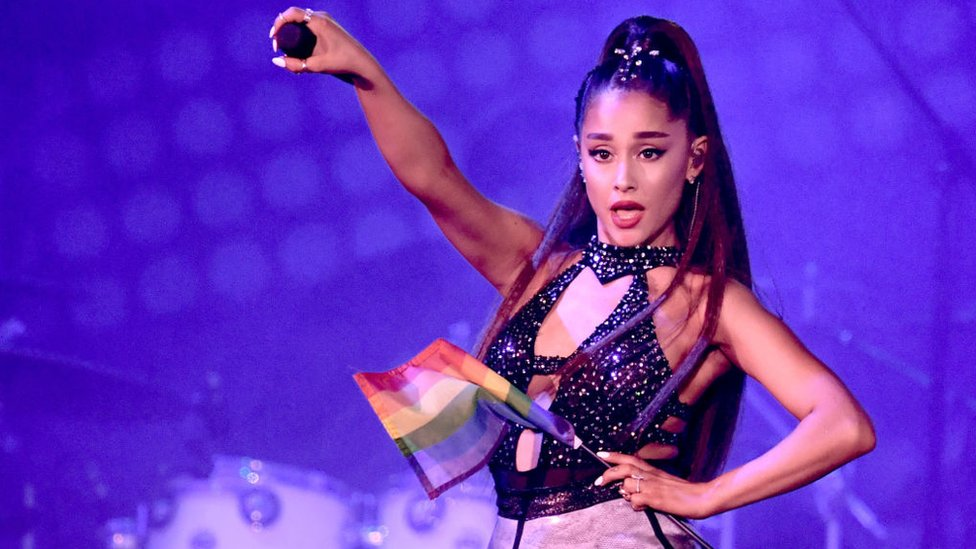 People first started talking about the identity of Ariana Grande, the princess of modern pop, in 2019, when the pop star released the song “Monopoly”, the singer was accused of queerbaiting . The singer rejected this theory and stated in her post that she does not feel the need to attribute herself to any group. 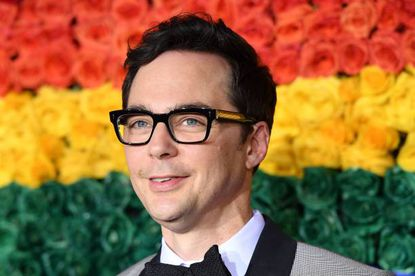 Jim Parson, star of The Big Bang Theory and owner of 4 Amys, came out publicly in an interview with The New York Times in 2012, and as he recalls today, it was a great relief for him. Sheldon Cooper continues to advocate for the LGBT + community to this day. 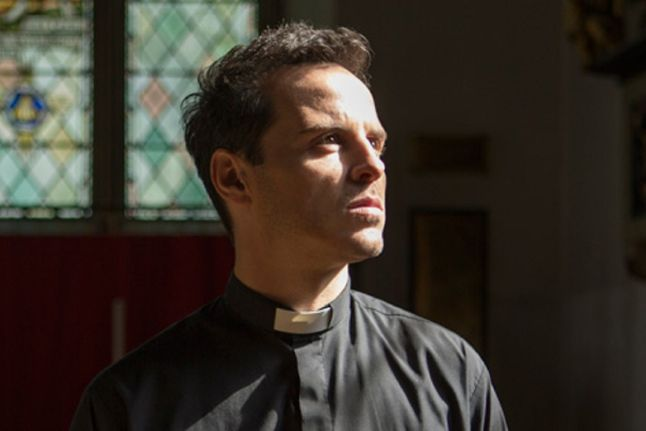 Everyone remembers the hot priest from Phoebe Waller-Bridge’s  TV series Fleabag, Andrew Scott is another actor who does not hide his sexuality and did not shy away from publicly coming out. 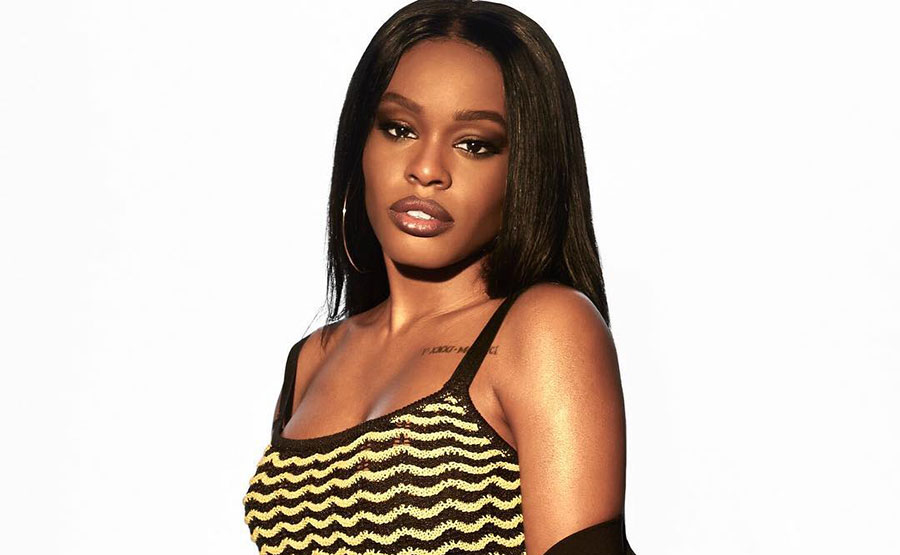 The 30-year-old star was accused of homophobia in 2015 for using a gay slur, which was soon followed by the actress’s statement that she is bisexual and she has lots of queer friends.

Emmy, Golden Globe and many other award winner Sarah Paulson has been out for years and is actively working to protect LGBT rights and create memorable queer characters for TV and movie screens. 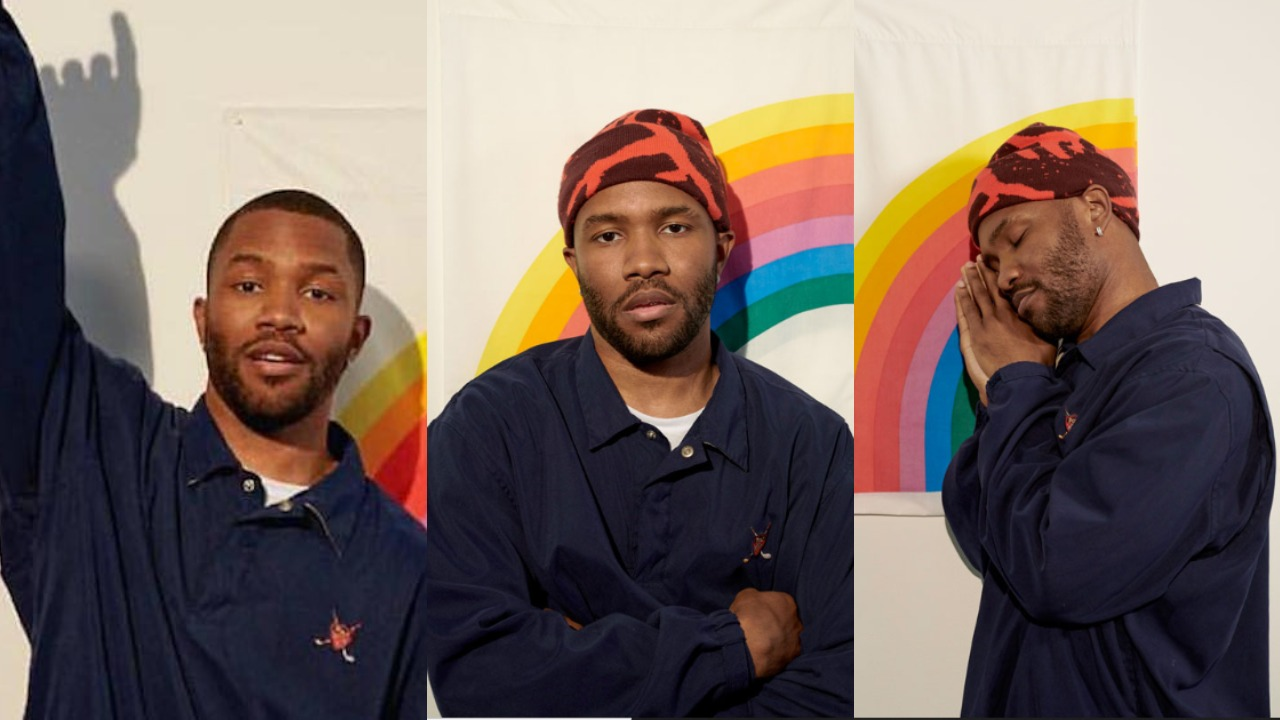 One of the most influential young stars of the hip-hop scene posted a post on his personal Tumblr account in 2012 where he spoke about his love for men. The singer is still actively responding to the challenges of the LGBT + community and with his creativity is trying to increase the visibility of the queer community. 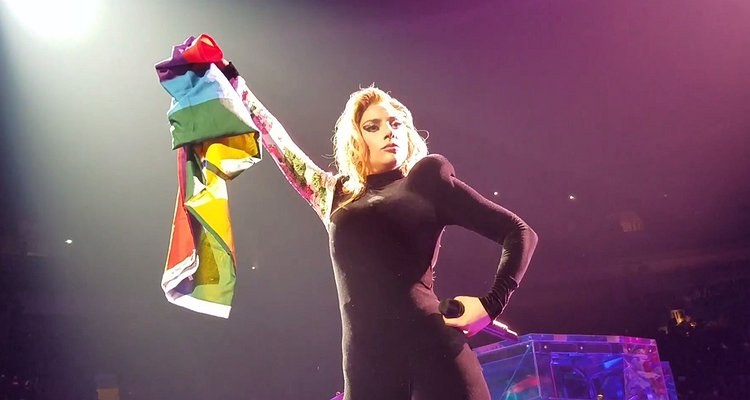 Lady Gaga is another star who came out publicly in 2008 as a bisexual. The singer is often criticized and it is believed that this move was made by her to attract fans, however Gaga denies this and has been actively supporting LGBT people for many years. 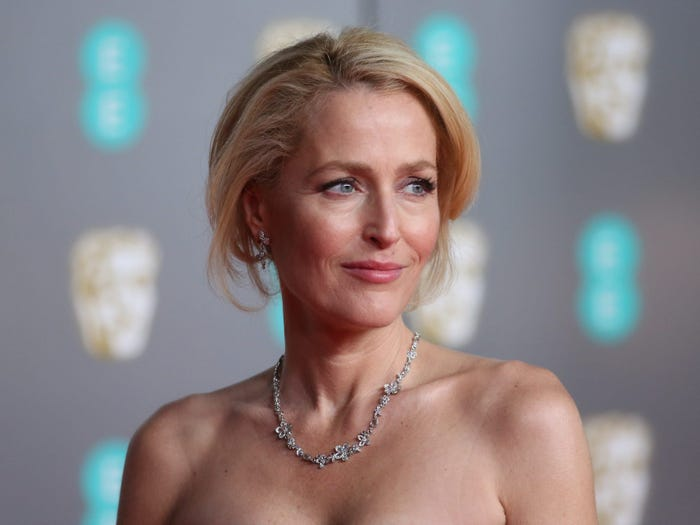 Sex Education, The Crown and X-files actress Gillian Anderson told the Telegraph in a 2015 interview that she was in a relationship with a woman a few years ago. The actress also mentioned that in case of such a relationship in the future she would not hide it. 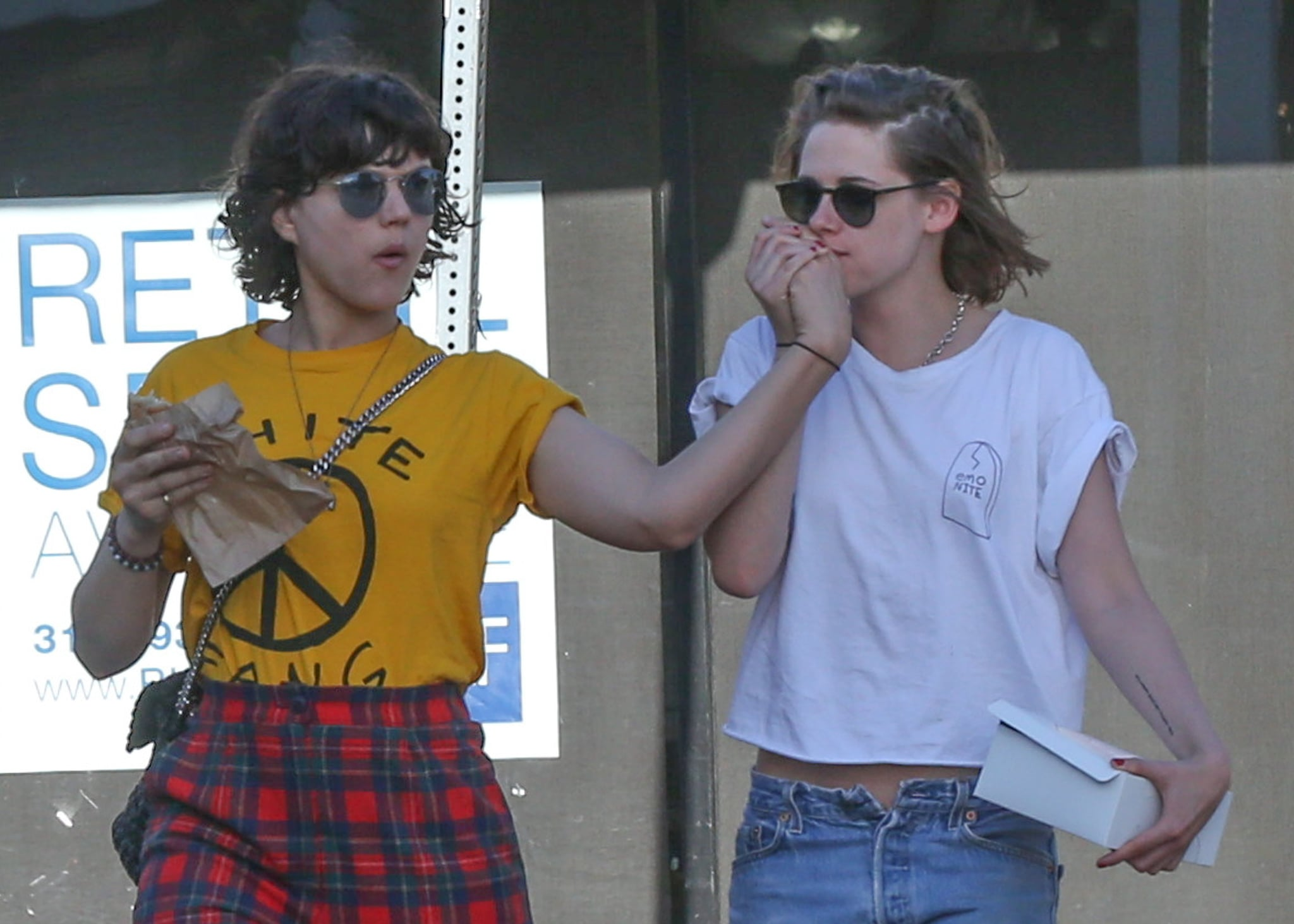 “Twilight” star Kristen Stewart does not deny that she is bisexual, she says identity is very changeable and she is happy that talking about it in modern Hollywood is no longer difficult. The actress was in a romantic relationship with French musician Soko. 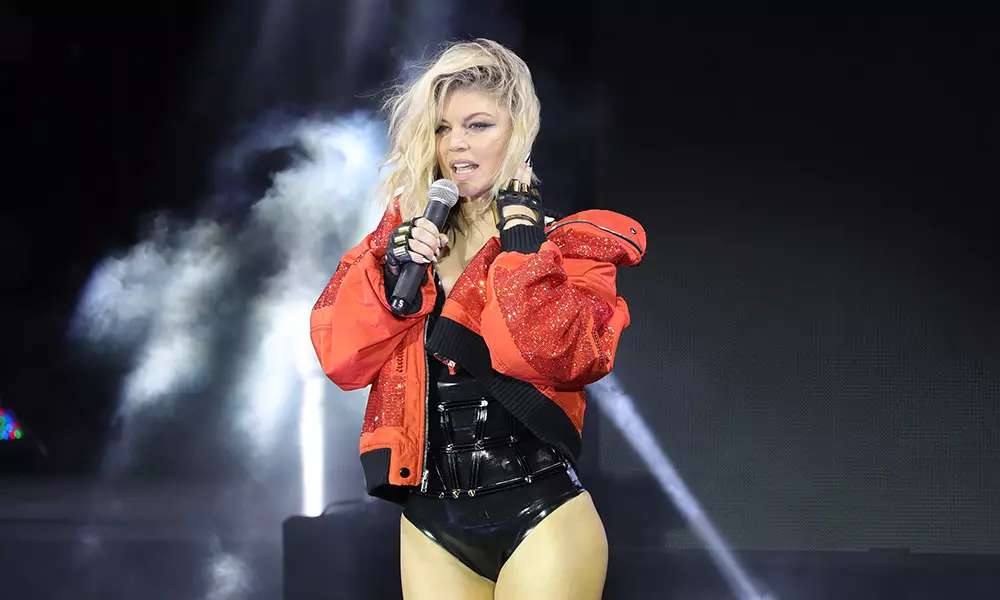 Although the rising star of the Black-Eyed Peas in the 2000s has been married to Josh Duhamel for 10 years, she has never denied being bisexual and is proud of it. 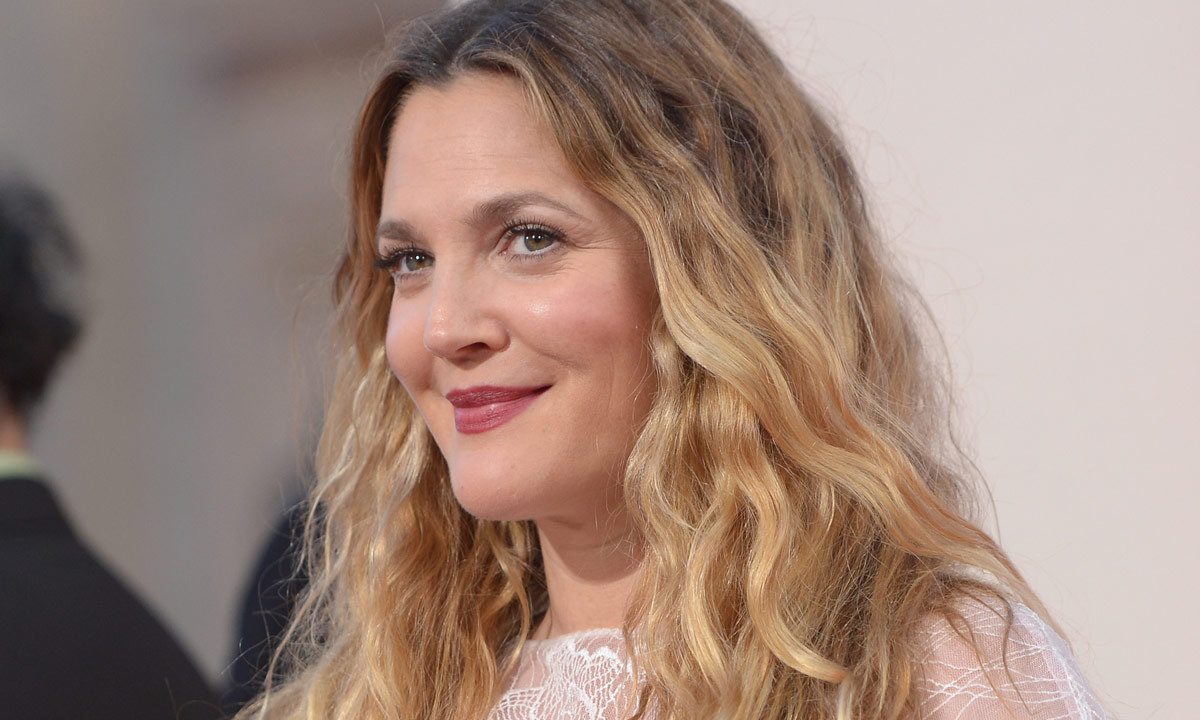 In 2003, Drew Barrymore publicly came out and said she was bisexual, also the actress never shied away from talking about mental health-related stigmas and addictions in her public speeches. 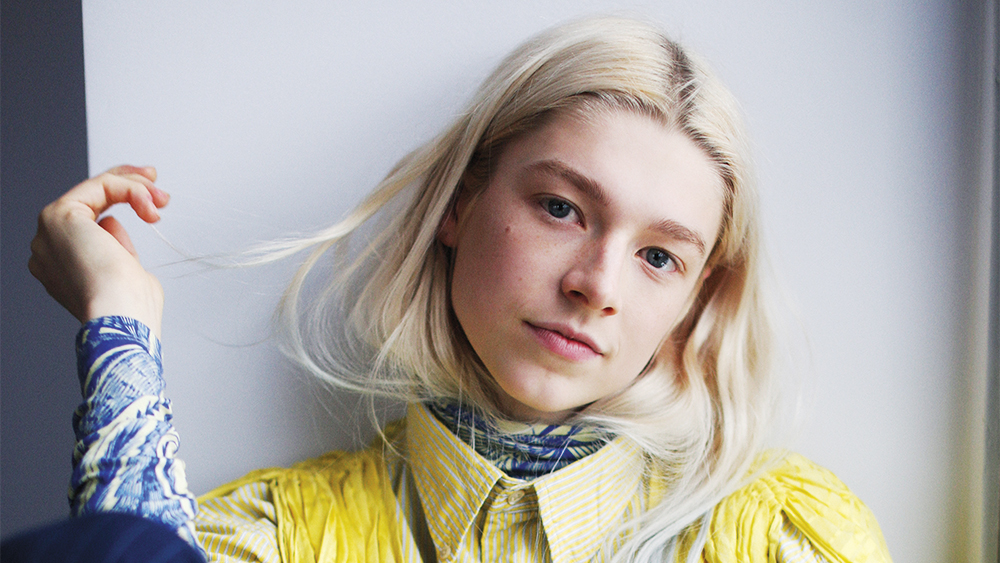 The 22-year-old transgender star of Euphoria, the model of Dior, Miu Miu, Prada, Vera Wang and other famous fashion houses, publicly says that she does not identify herself as a cisgendered woman and it would be more correct if fans perceive her as a transgender lesbian woman. 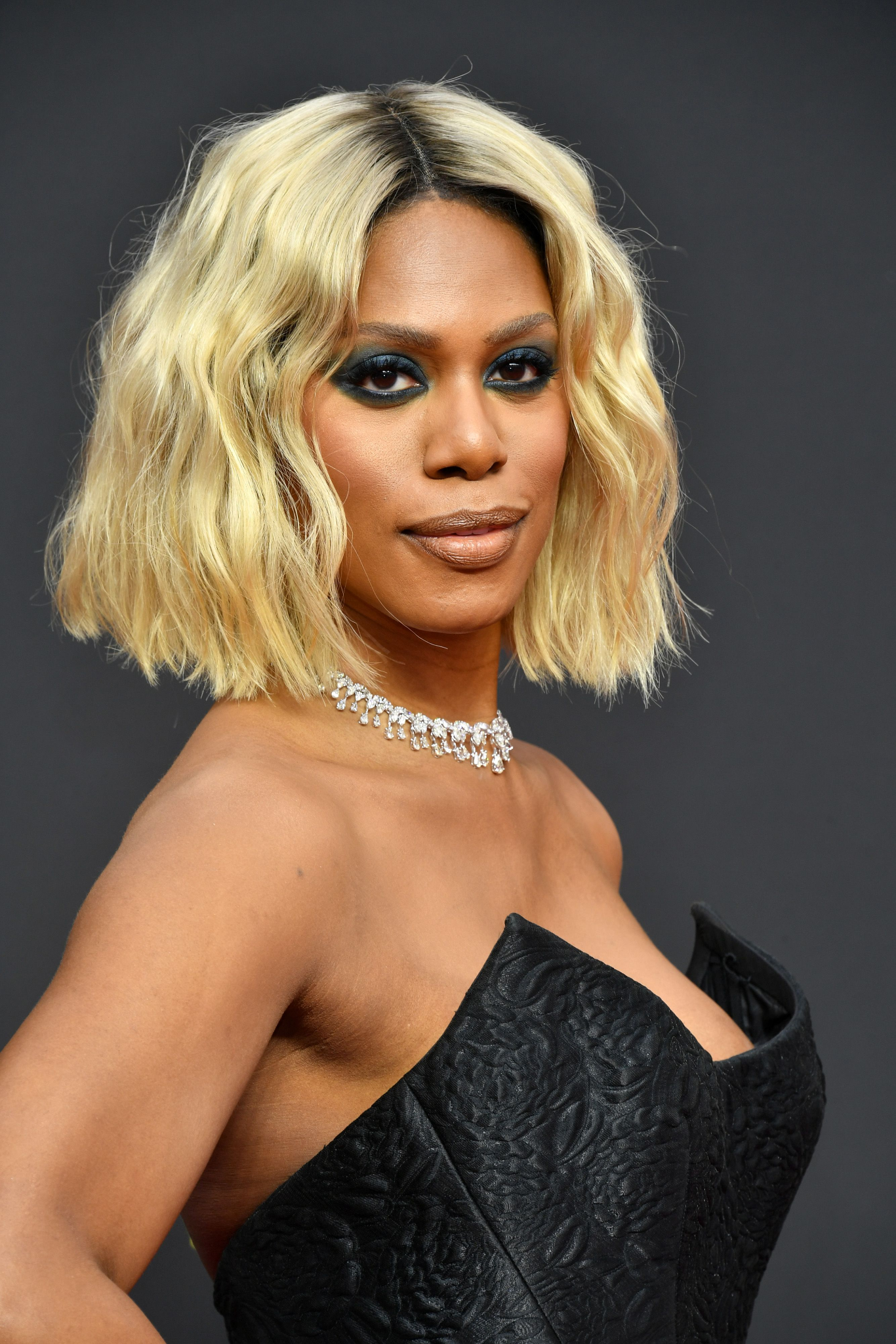 Lavern Cox has was a transgender prisoner in the popular Orange Is The New Black, the first transgender actress to win a prestigious Emmy nomination. 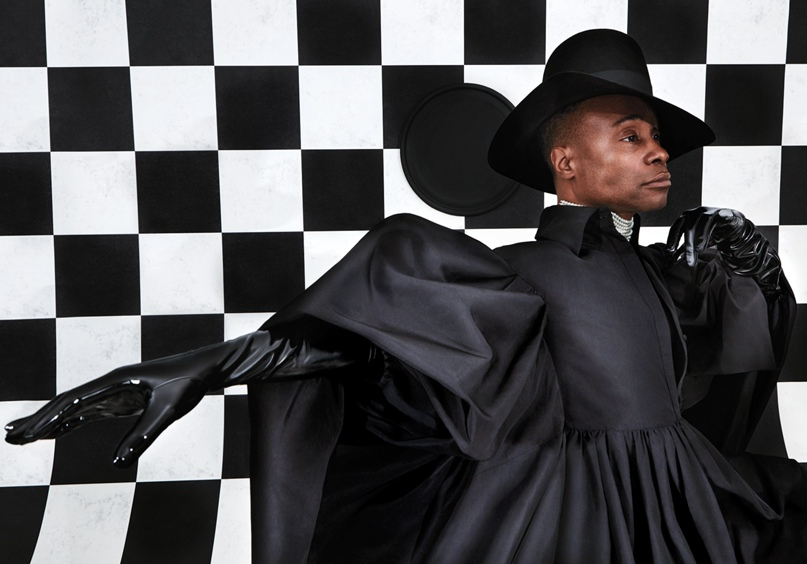 Pose star Billy Porter is another actor who does not shy away from talking openly about sexuality and his own identity. The gay star says he had to endure a lot of humiliation at school, but he still continued to make his dreams come true. 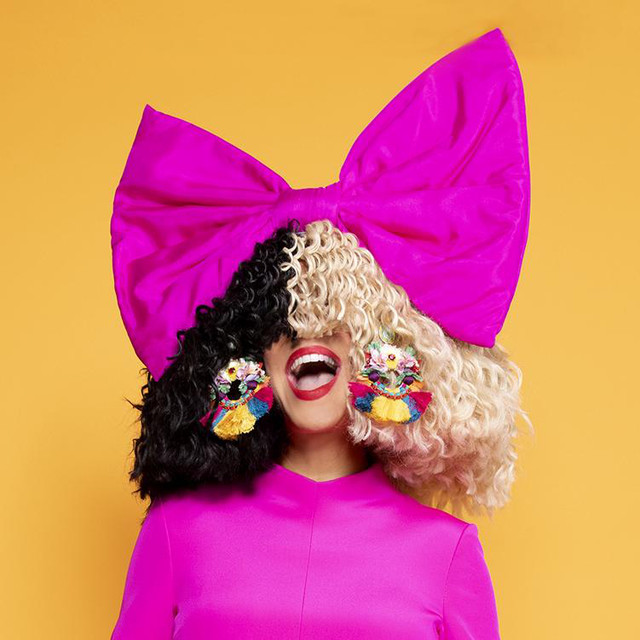 Chandelier and Elastic Heart singer Sia was released in 2013 and has been actively supporting LGBT + and advocating for their rights ever since. 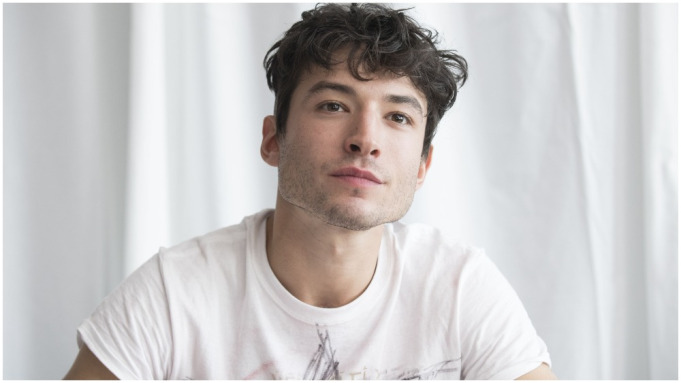 In an interview with The Daily Beast, Ezra Miller noted that he does not identify himself with a gay identity, his identity is more fluid and open to people of any gender and identity. The queer actor is a proponent of polyamory and often delights fans with his bold photoshoots and fabulous costumes from the red carpet. 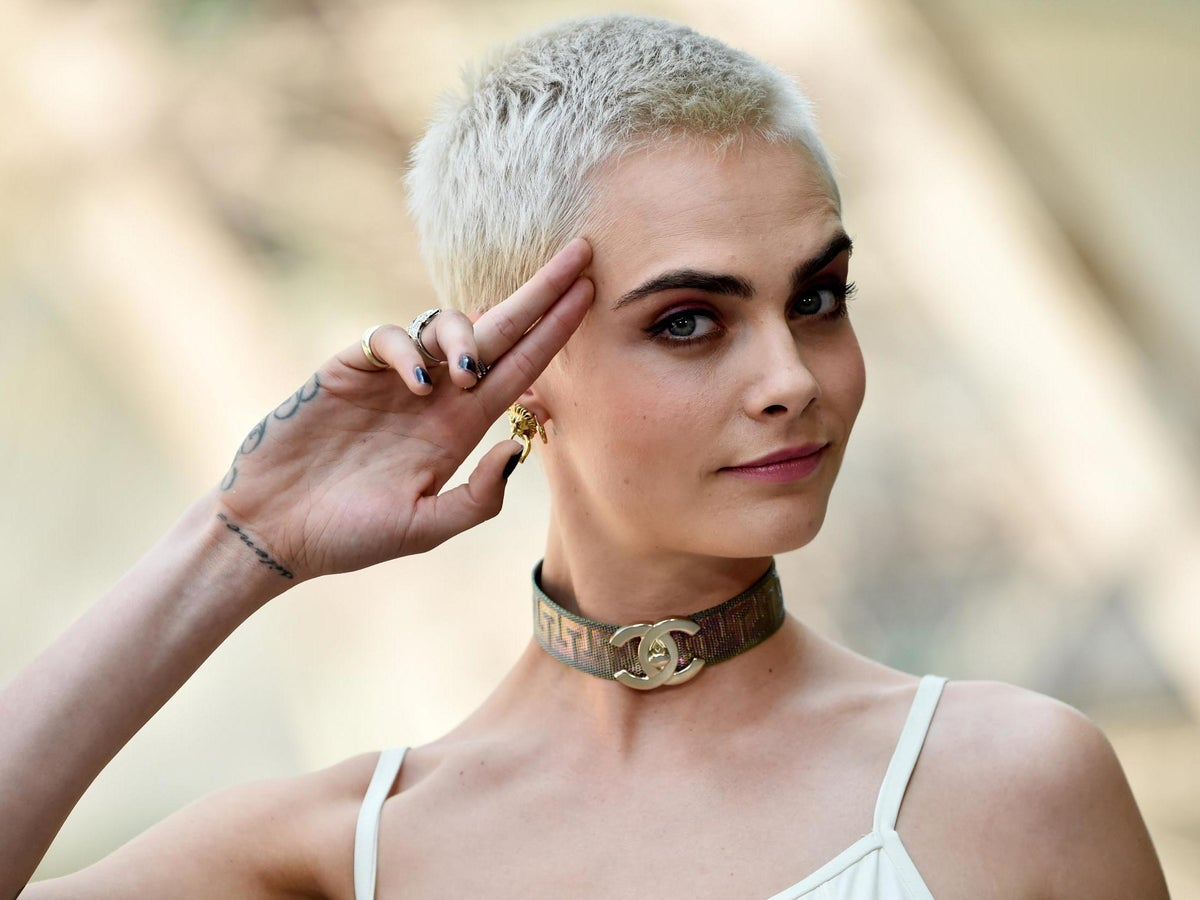 Cara Delevingne is another bisexual actress whose identity was called a phase by a Vogue journalist. The actress responded to the journalist’s remarks from the New York Times and once again confirmed her identity. 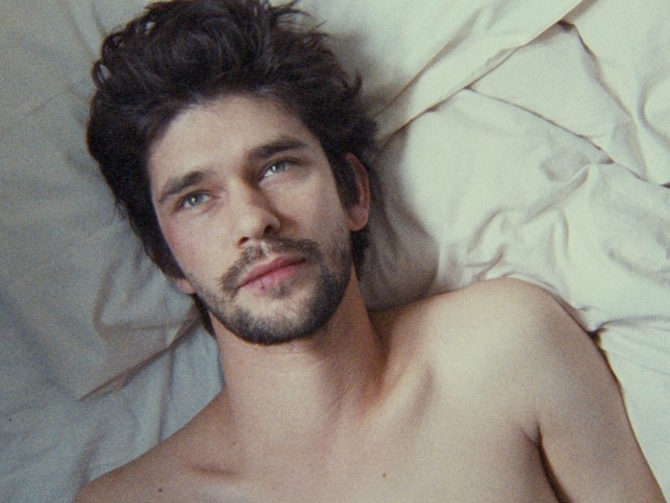 The 40-year-old British actor of “Perfume” and “Cloud Atlas” has avoided public speaking about his identity for many years, saying in various publications that it is not the actor’s duty to speak publicly about his personal life. The actor came out in 2013 and is still in a romantic relationship with Australian actor Mark Bradshaw. 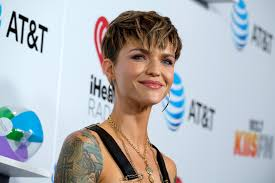 Australian actress and model Ruby Rose came out at the age of 12, which was followed by great pressure and aggression from her classmates. The actress was also thinking about changing her gender, however, later, at the beginning of her modeling career, she realized that changing her gender was not necessary for her and that she could express her identity in a variety of ways.