Nata Talikishvili is the first trans activist to receive the Kato Mikeladze Award in 2018. Nata is a Community Mobilization Officer for the Women’s Initiative Support Group, involved in improving the quality of life for transgender women, especially sex workers, transgender women. In terms of the legal status of the Trans community this year, what impact has the Covid pandemic had on their lives, what challenges they face and how they are coping with these difficulties.

She also remembers friends who are no longer alive today due to transphobia.

What has changed in 2021 in terms of the legal status of the trans community? Do you encounter cases of discriminatory treatment while receiving various services?

The facts of domestic violence in the Trans community have become more frequent and migration has increased. Also, more people were involved in sex work than in other years, and this was also due to the increasing incidence of domestic violence. Transgender people mostly use specific services in their circle, be it a salon, transport or other things, because of this, in general, the increased dangers are less felt. In terms of medical facilities, only Infectious Diseases Hospital services are providing help to trans communities and there are fewer problems, service staff are trained and accustomed to interacting with trans people. The facts of discriminatory treatment are mostly related to taxi drivers, here we are talking about both verbal and physical violence. Quite a few facts were given in the official procession and not just because the girls did not want to come out. 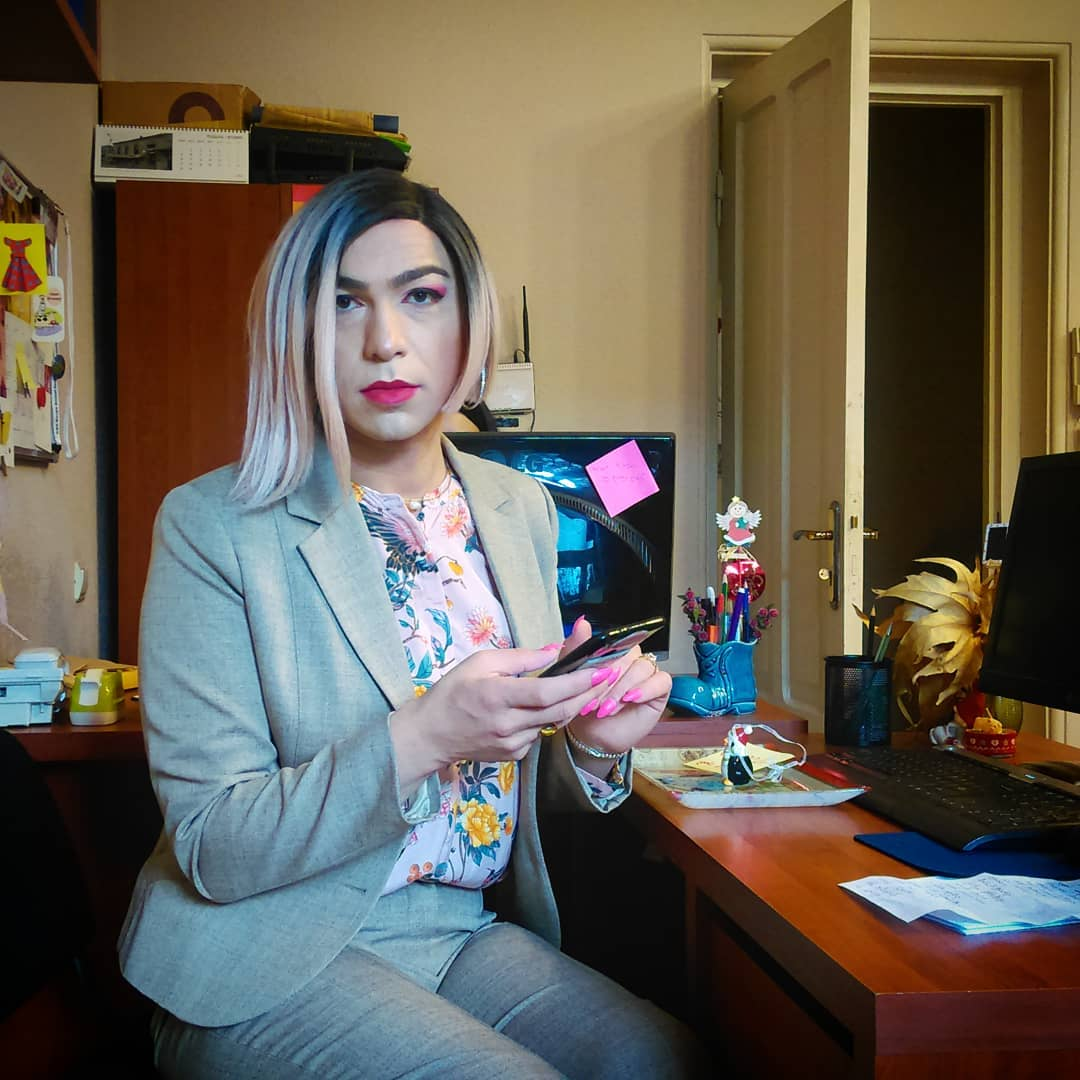 Do trans people have access to the Covid-19 vaccine, what part is vaccinated and how much have the economic and social problems changed for them in a pandemic?

Representatives of the trans community are mostly at home and can not engage in other outdoor social activities, but during the pandemic the general background was significantly changed, there was no work for sex workers. In the first stage of the pandemic, the so-called The work of “escort sites” was also limited and the service fee on these sites was increased, they could not work at night because of the curfew.

Most of our community members did not have Covid. Personally, I have been vaccinated with two doses. Under the pandemic, trans communities could not be massively included in the state aid program because, with a few exceptions, they are not officially employed. During this period, when we could not work and lost our source of income, we received assistance mainly from community organisations.

Is sex work a key way for the survival of transgender women, and what are the challenges in this regard?

Because sex work is not legal in Georgia, we in the trans community depend on the good will of the police. The state will take punitive measures when it wants to, and when it does not want to, it will turn a blind eye to it. There are many “escort sites” registered illegally on the Georgian Internet. It is possible to post information on these sites in order to get the so-called “Clients”, during the pandemic, the fee for placing ads on the site was greatly increased, and not all people involved in sex work were able to pay this amount. You will agree that working in such an environment is associated with great risks and income is also volatile. Due to the lack of revenue from the sites, we have to take to the streets where we are not protected and the risk of attacks is high, there have been recent shootings from pneumatic weapons.

I believe that sex work should be legal and should be controlled, as well as health issues as well as personal safety issues, we should have insurance and so on. It is impossible to call police at home because of a specific crime because sex work is illegal and a person can be fined or arrested alongside the apartment owners. My personal opinion is that legalising sex work is essential – if were were officially employed, we would receive benefits from the state, there would be pension savings for us, and health issues would be controlled. The latter is very important along with safety issues, as venereal and infectious diseases spread very quickly in people involved in sex work, no matter if they are cisgender or a transgender person. The legality of sex work has shown me a sense of security, I can boldly call police on violence. Now it is up to the good will of the police to respond appropriately to the facts of violence. Transphobic attacks are common, but because we do not ask the police to respond, we have to deal with similar troubles ourselves, which often result in physical harm.

How do you protect personal safety and what is the tendency of trans community migration? How is the housing issue resolved and how do you deal with security issues?

For personal safety, when I walk down the street with an electric shock and pepper spray always, these minimal methods of defense have been developed based on personal experience. Girls who work on the street have a resource of mutual support and encouragement, but it is very difficult when working in an apartment. Even living in one dwelling of several transgender people is problematic because clients demand that they be alone, because of this several transgender people can not live together for long. Migration is frequent, according to our traditions, Georgians are more unacceptable towards trans people than non-Georgians. It should be noted, however, that aggression in this regard is also unpredictable, a few days ago a Thai transgender woman was killed in the city center. We also have to change apartments often because people in the neighbourhood are not kind to us. I have been lucky in this regard and often do not need to change houses often. 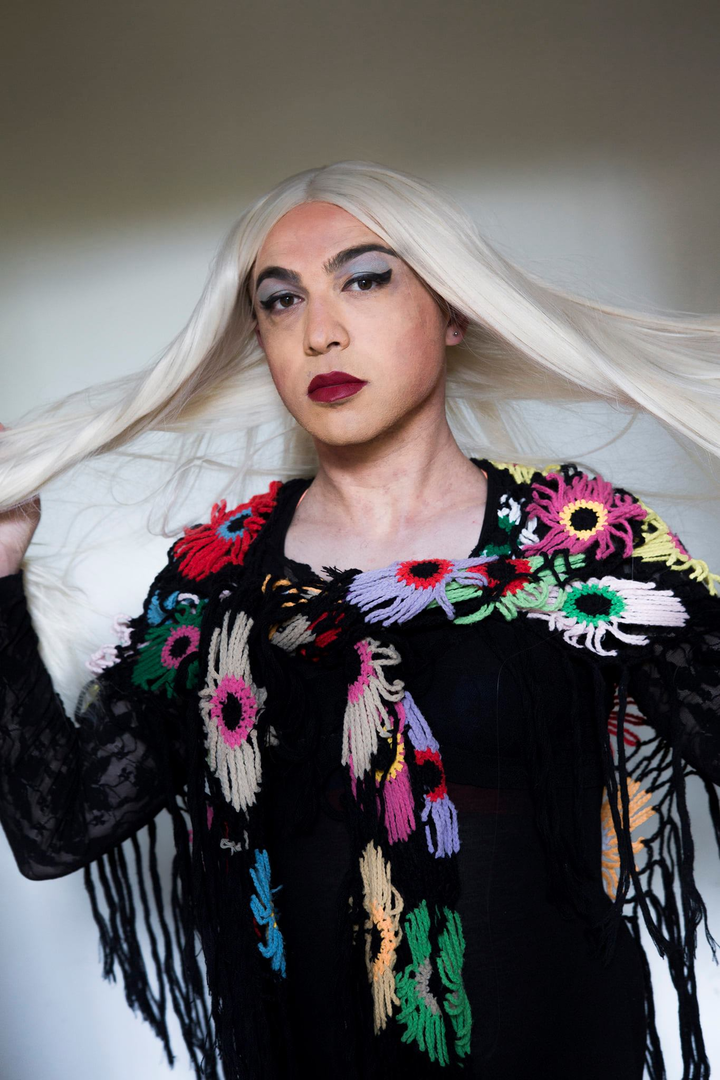 What information do you have about the murder of transgender people in Georgia and, in general, what should be done to reduce transphobia in the country?

Given what is happening or has happened in Georgia, I believe that punitive measures should be stricter, even for verbal abuse on the basis of gender. The state should not encourage crime and perpetrators should be properly punished so that they no longer dare to attack transgender people so easily.

The case of Sabi Berian showed us that transphobia was rooted in state structures, as the perpetrator was first arrested only on the charge of destroying property, and later, a Strasbourg court ruled that Sabi’s killer should be sentenced to 10 years in prison. Sabi Beriani was a person who would charm you at first sight… Unfortunately, she is no longer alive and her life was taken by transphobia. The case of Bianca Shikgurova was completely different and we know for sure that she was killed on transphobic grounds, however, the verdict was handed down under a completely different article and the gas poisoning was announced as the cause of death. Bianca was a strong and independent woman, probably the first transgender woman to travel boldly on public transport in Tbilisi. Her main message was – “I am transgender and accept me as I am.” It was very dangerous, but she was Bainka and could not have done otherwise. Bianca has done a lot in trans activism, something she did then and is almost equal to heroism today. As for the case of Zizi Shekiladze, the judge directly sentenced the offender to 10 years. Zizi was my friend when she was wounded, she lived for 7 days after that. I was visiting her, taking care of her and slowly getting used to the fact that she could not survive, which made the pain caused by her departure easier. Zizi’s mother and father loved her very much and she herself was warm and loving.

I will also recall other transgender sisters who died this year for various reasons. Lika Kontselidze died of HIV in Batumi, she stopped taking medicine due to problems and we found out about it too late. When we arrived to see her, she was already on the verge of death. I have not had a long acquaintance with Lika, but it is very difficult to watch how so many friends go and leave because elementary rights are not protected in Georgia. I will also remember Oliko – a few days after the start of the pandemic, during the curfew, she could not go home, ran over the road and was hit by a car. It is true that there was no transphobic motive here, but she also had to stay out due to hardships and social problems, get involved in sex work, and so her life ended tragically.

What would you say to young trans people living in Georgia who have not yet come out?

I will say from personal experience that trans visibility has increased in Georgia and we are moving forward step by step. If their families are not accepting in the case of Coming out, they must have an education to be able to establish themselves in the community and sex work alone should not be the only source of their survival. I would tell them to definitely learn and make the most of the family resource in this case. There are already many organisations that will definitely contribute to their development when they have the appropriate education.

What would you say to the rest of the community?

I will tell the public to get a lot of information on these issues – those of us who know us well are not considered dangerous people. Before pointing a finger at us, I advise them to look at the life of their families, fathers, sons, brothers – our “clients” are citizens of this country, their children, brothers, relatives, etc.

And most importantly, love each other, we can not achieve anything by hating each other.

The Streets of Lagos in Photos by Stephen Tayo

How to Talk About Non-Binary Gender Identities