I had a very good childhood. Yes, it was the dark 90s, a bad period for the country, but I still remember it well – in the summer, with my sister and cousin, I was out all day, playing …

Understanding that I was not a hetero woman was the hardest part for me. I think everyone except me realized this, I was the last one because I had so much locked in my brain and it all seemed so unacceptable to me, I even admitted nothing to myself. The first time I liked a girl, I was at school. At the level of feelings, it did not seem strange to me and I thought it was just friendship. Until the age of 19-20, I did not even say to myself that I liked girls. I did not meet guys and I almost never talked about them,  I did not talk at all. I also had relationship experience just because everyone had a boyfriend and I thought because everyone had, I had to as well. 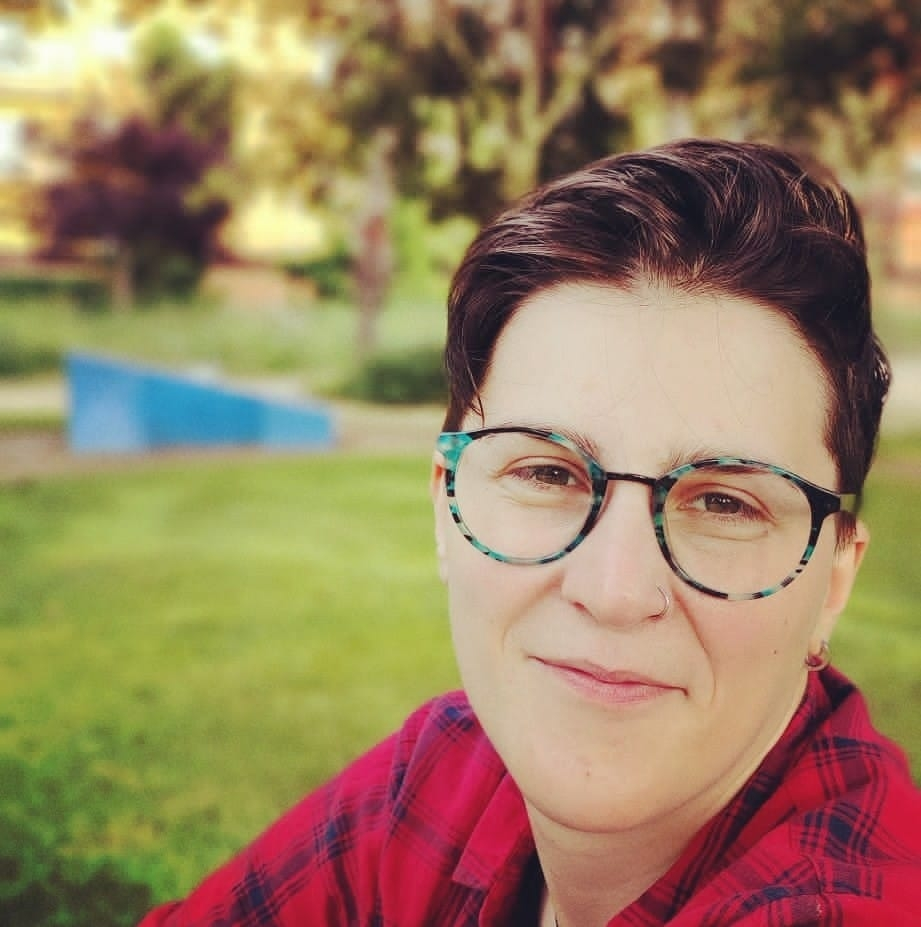 During my life in Georgia, I did not have relations with any member of the community, with any organization, I did not know anyone. Probably because of my fears. Nor did I experience oppression because of my orientation, no one knew.

Leaving Georgia and Coming out

I have been away from Georgia for 4 years now and I live in Spain. The main reason why I decided to leave was homophobia, even though I did not come out during my life in Georgia and I did not tell anyone about myself at all. I was afraid of Coming out – I was afraid that my family would break their ties with me, I would lose my job… At the same time, my job was related to the university, I was working at the university and it was a common stereotype that “young people are being perverted” and so on. It would create problems for me. I do not know exactly how but it would.

What is your biggest fear when Coming out? Probably that they will say – that’s unfortunate, i don’t want to be in contact with you anymore. This is why this process is so stressful. You still have the option to be told that. Maybe you will even get a worse answer. 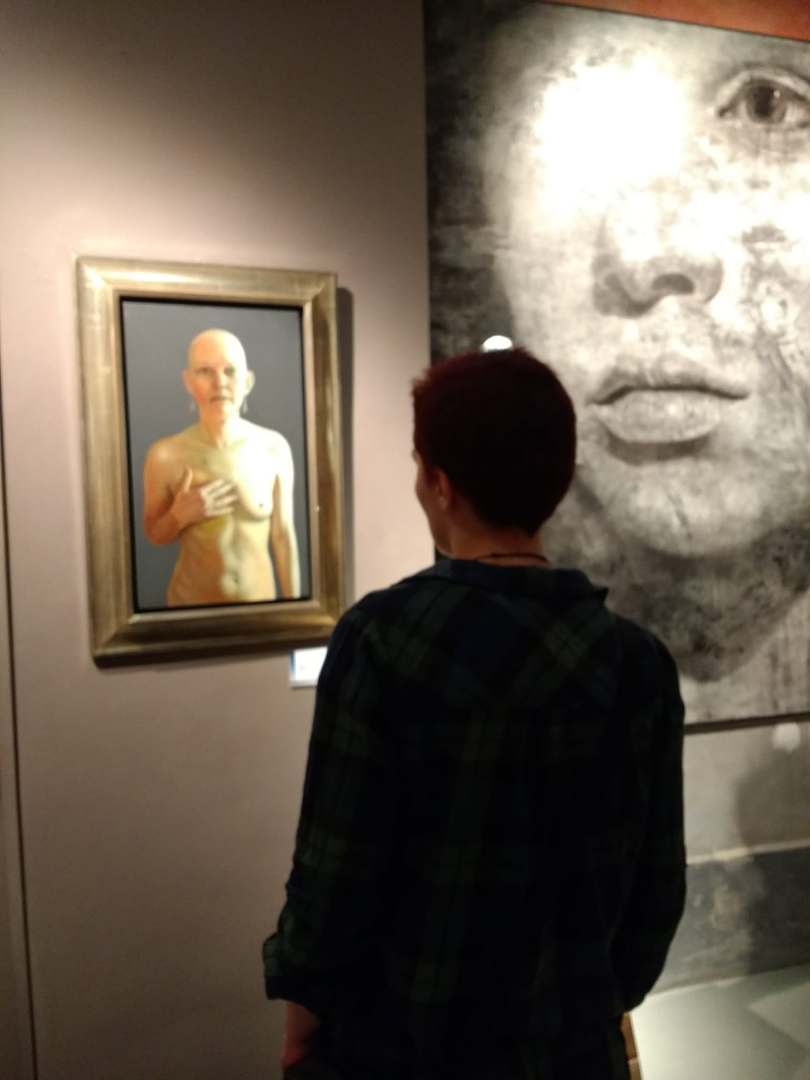 A year after arriving in Spain, I started Coming out and now I do with almost everyone. It was very difficult for me, I did it with different people almost every day and it was very stressful for me, I was full of emotions. For example, I wrote to my mother – I did not have the courage to call me and say so. At first, she did not write anything for a few seconds, then she sent me voice messages, you do not have to worry, come and I will solve everything. She thought I needed something, but did not offer to go to a psychologist. She was confused, it was very difficult, she could not understand what was happening, but the passage of time helped her. Today I have a normal relationship with my mother and family in general.

Reactions were different – from friends, some told me they already knew. There were also negative reactions, I lost a few relatives – I was directly told that “society in Georgia is not ready for this and what are we going to do.” I also lost a friend, it turned out to be so unacceptable of me, It turned out as if the person is only sexual orientation. I also had cases when I was told that yes, tolerance, something, something … and the next day, they shared conspiracies about Pride on Facebook, why they should not allow Pride, etc. I try to get rid of such people, I do not need anything from them.

When I remember my emotions at that time, I was heartbroken. It turns out that as a human being, I did not exist for them, my qualities, positive or negative, meant nothing and the only thing that mattered was that I liked girls.

Living in Spain and Getting Married

Spain is today one of the most tolerant countries towards the LGBT community, and the legislation is the least discriminatory. I am not saying that it is not discriminatory, because there is still a difference in some issues, for example, when you want to have a child and you are going to use artificial insemination with the help of a clinic, they don’t ask heterosexual couples to be married they ask us though. People’s attitude towards queer people is basically very ordinary, nobody cares, nobody cares, nobody cares – no one will hate you for it and no one will fall in love with you for it.

My wife and I met each other three years ago on one of the dating sites, then we fell in love and soon moved in together. Two years later we decided to get married precisely because of the baby, we wanted to have a child and it would all be formally easier. 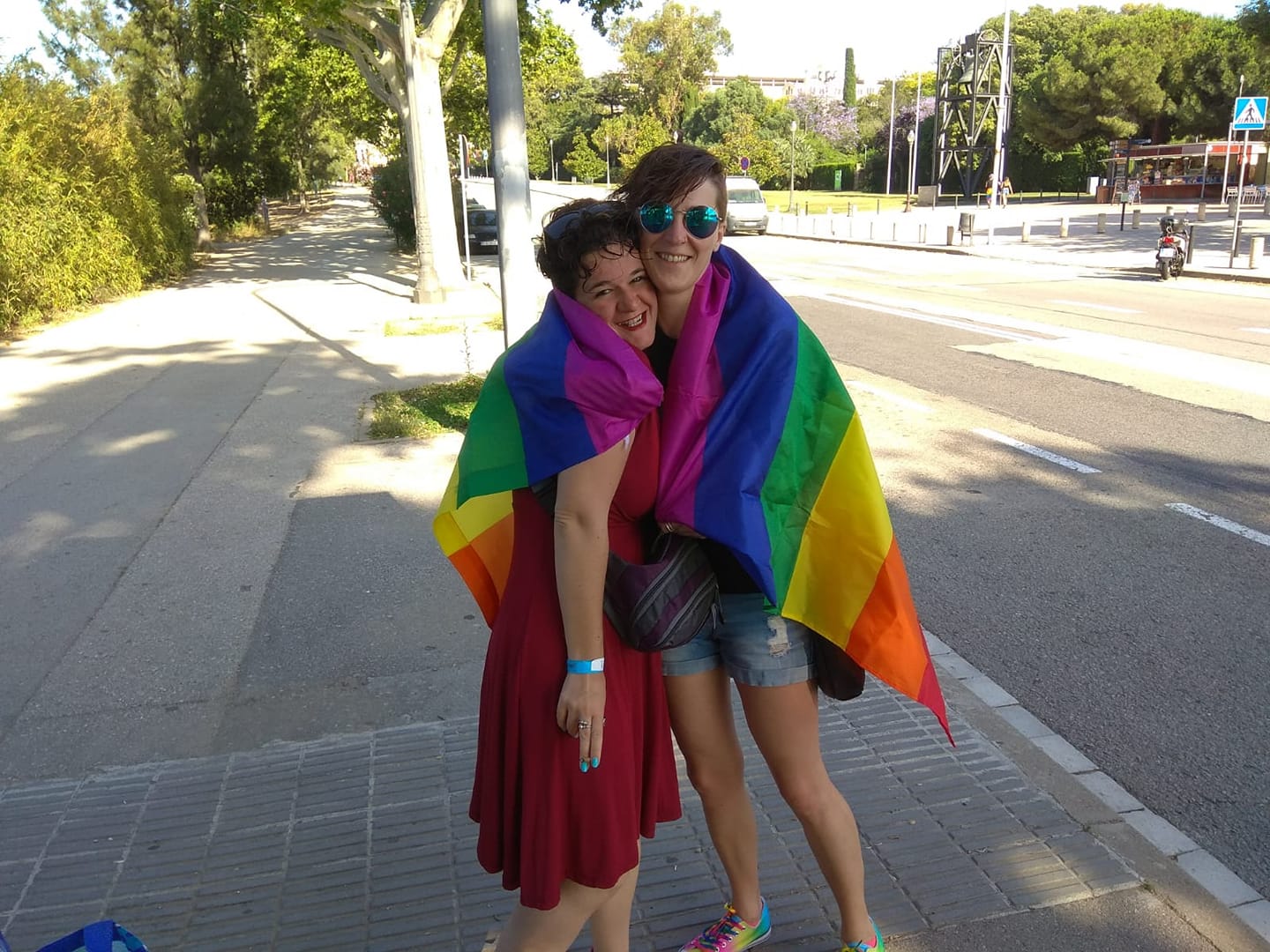 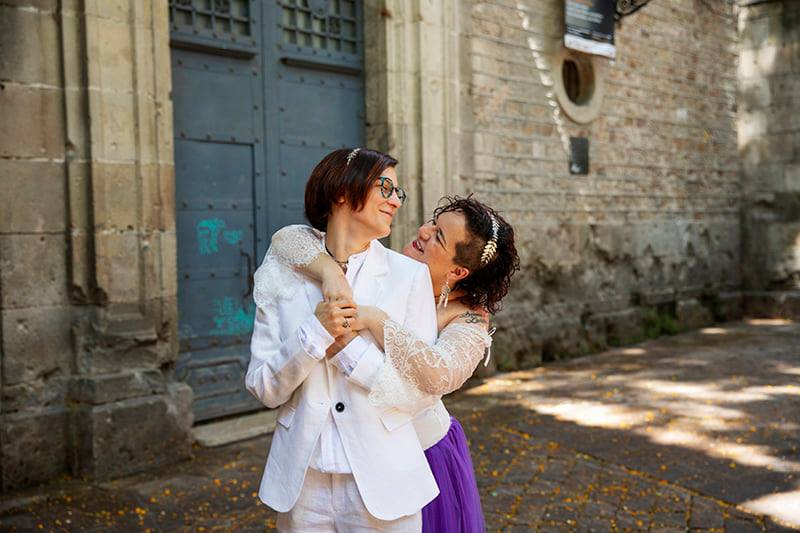 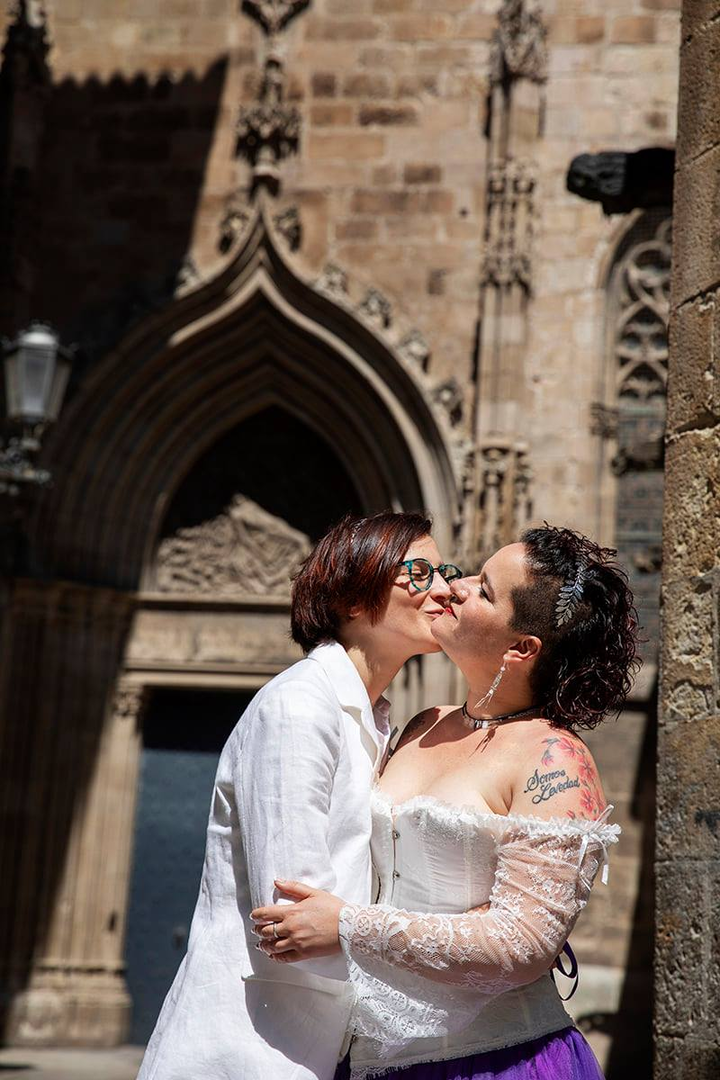 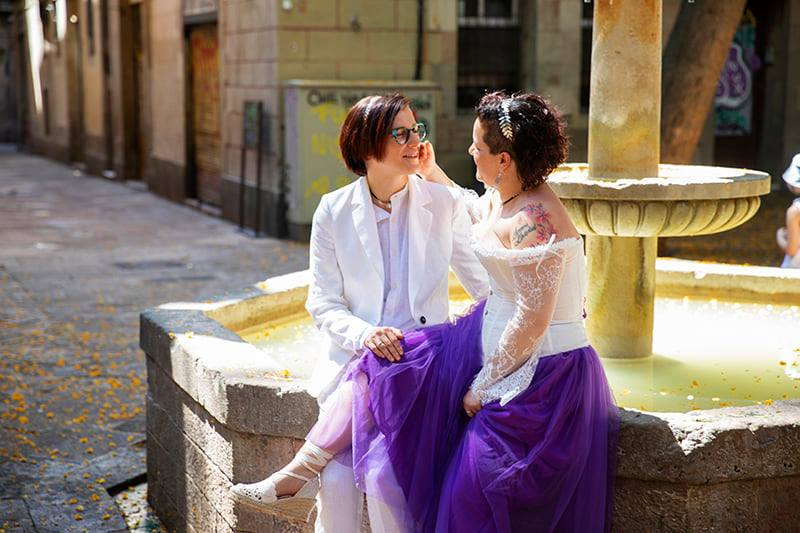 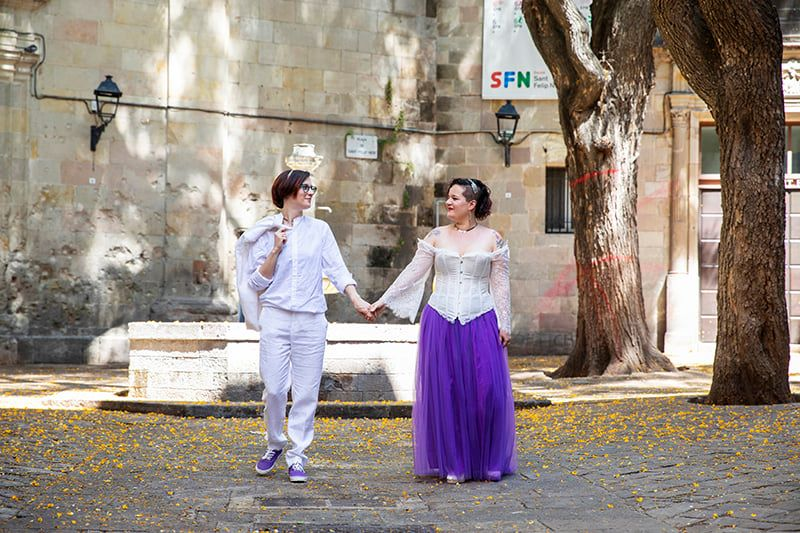 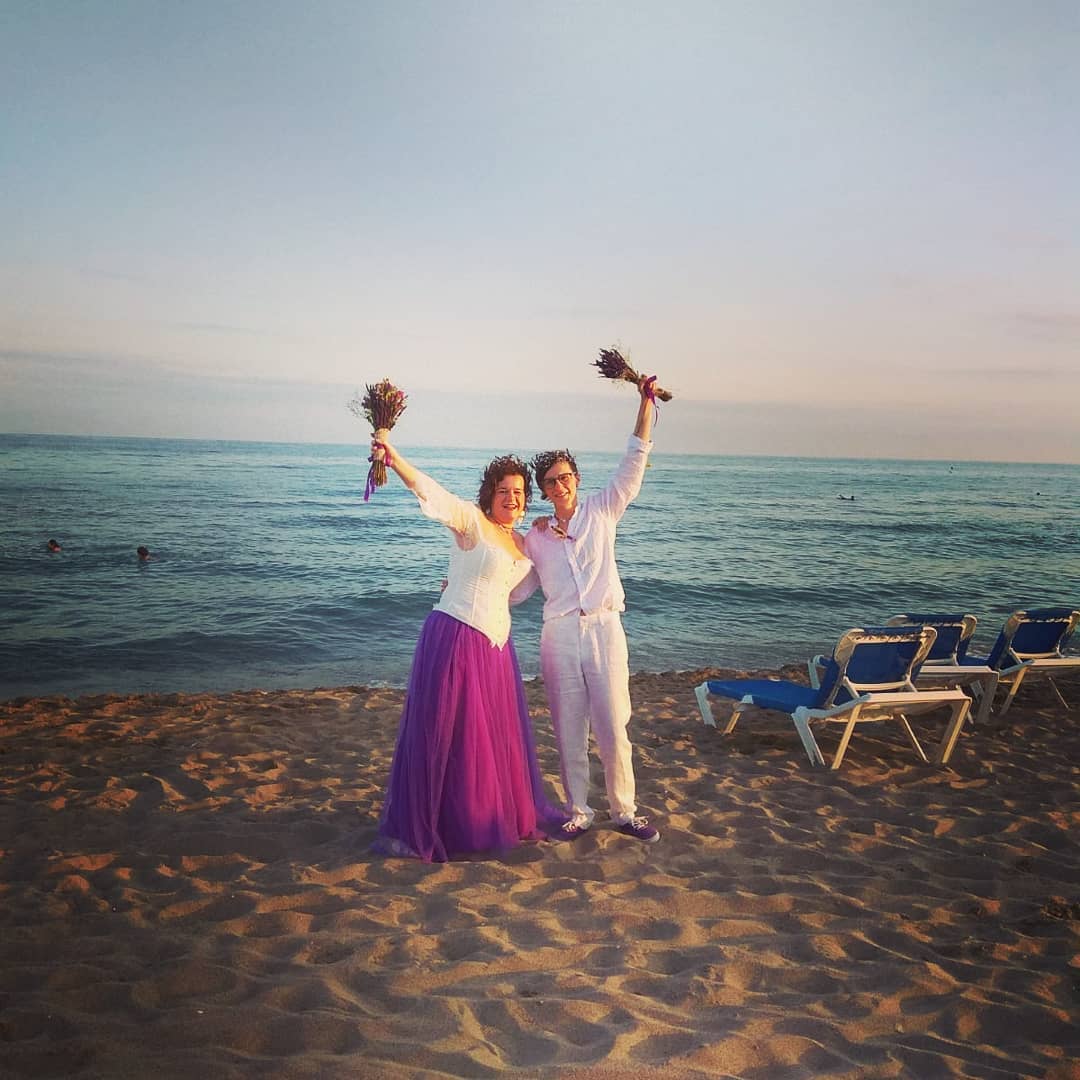 We got married, then we started going to the clinic, we had several unsuccessful attempts, but thanks to science, we will soon have a little one. We were together in Georgia and my family knows her, they accepted her normally. Now my mother is also looking forward to her granddaughter. 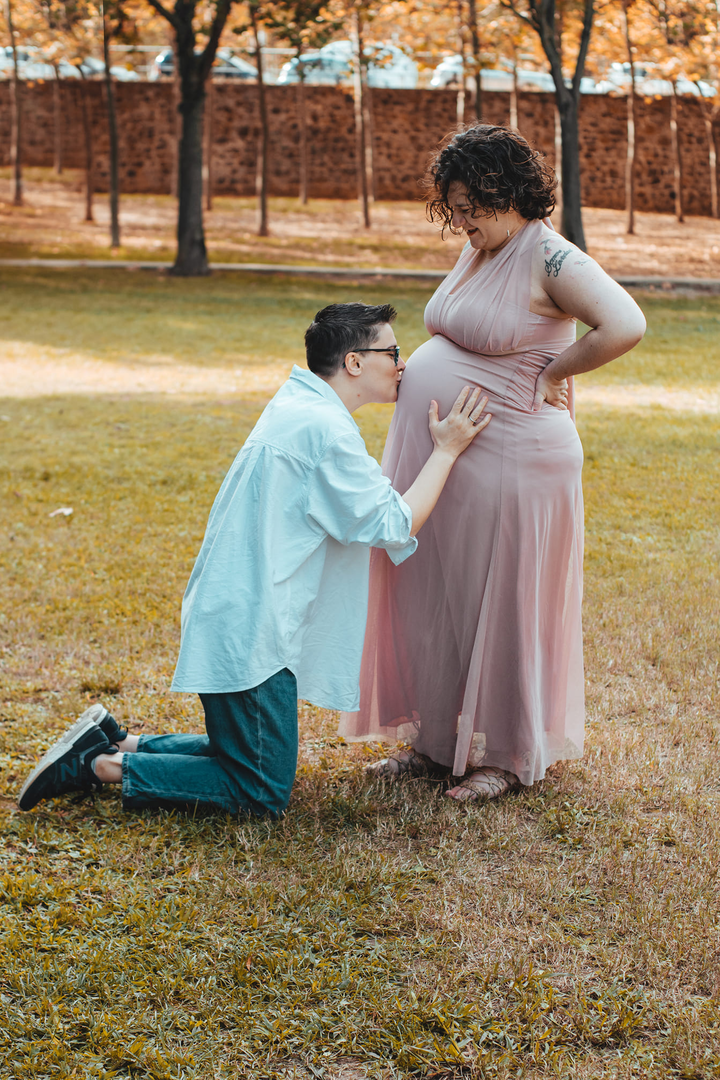 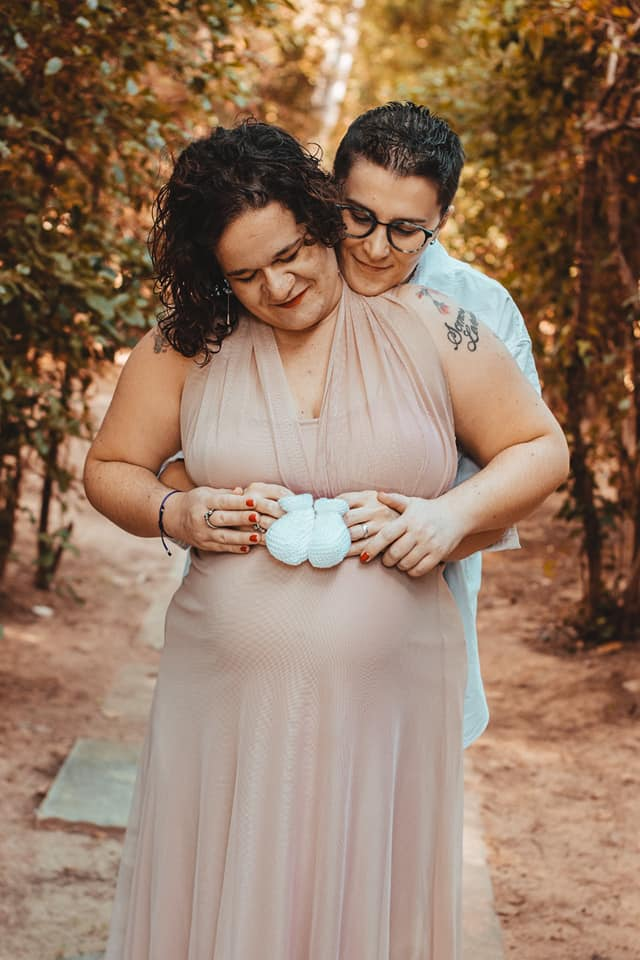 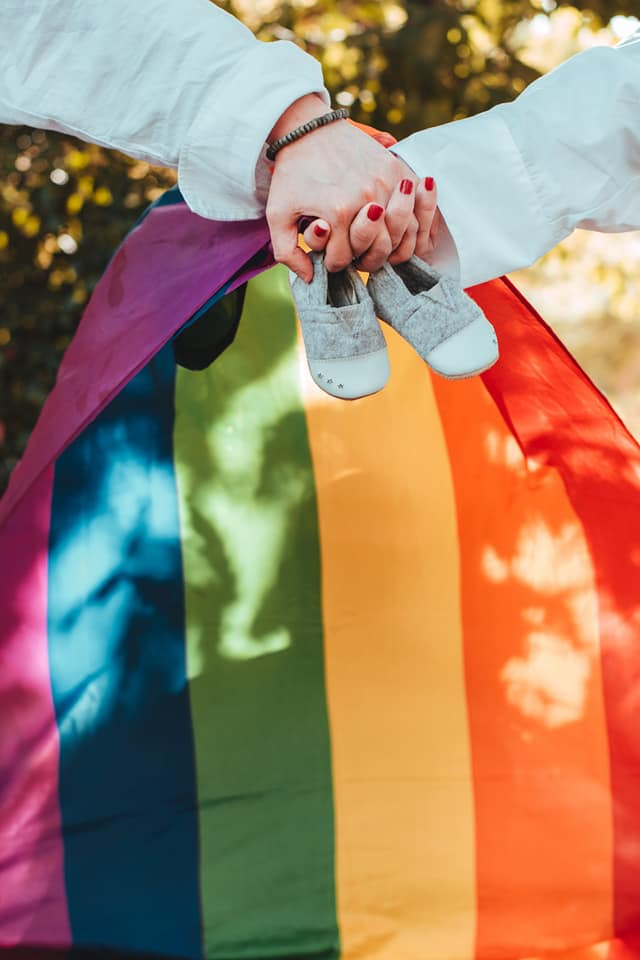 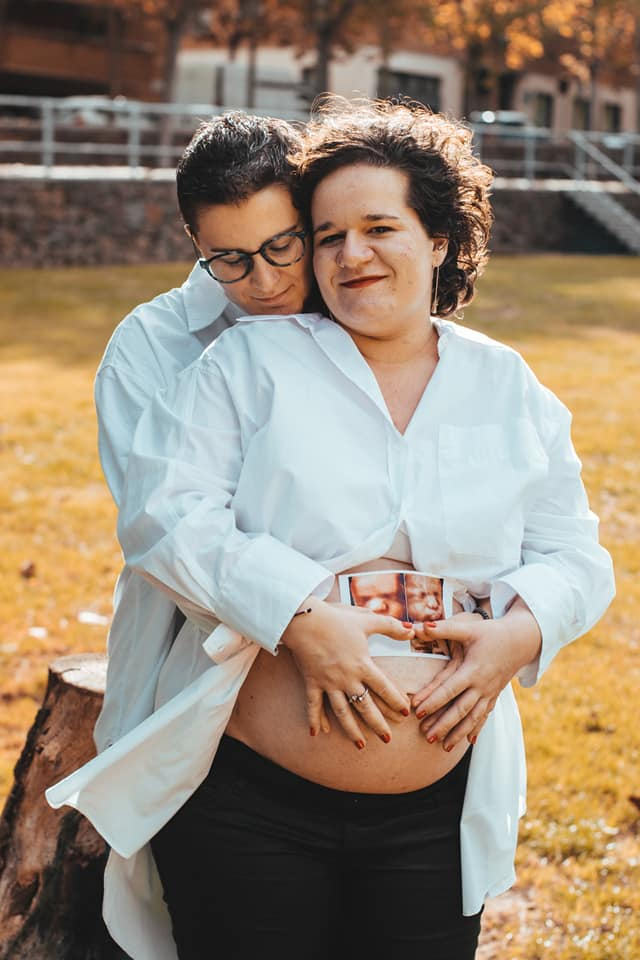 The more I know about the history of Spain in this regard, the more I hope that the same will happen in Georgia. About 50 years ago, the situation was similar here legally, in terms of people’s mentality, but it has changed, and since it has changed here, I think it will gradually become possible in Georgia as well.

I think the biggest role in this should be played by the state, first of all, the law should give us equality. Sex education is necessary in schools, children can not have no idea about it, and in sex education it is very easy to talk about LGBT issues, that the relationship of queer people is normal, they can also have sex, sex does not happen only between men and women.

I think it is very important to hold Pride – for the public to see that we exist, that we are ordinary people and that we too often fall victim to stereotypes. They think we are senders, aliens, we are not Georgians … It is also important for the next generation to see that they are not alone. I know how hard it is when you know none of the community members, you feel very alone and you are excluded from everyone. 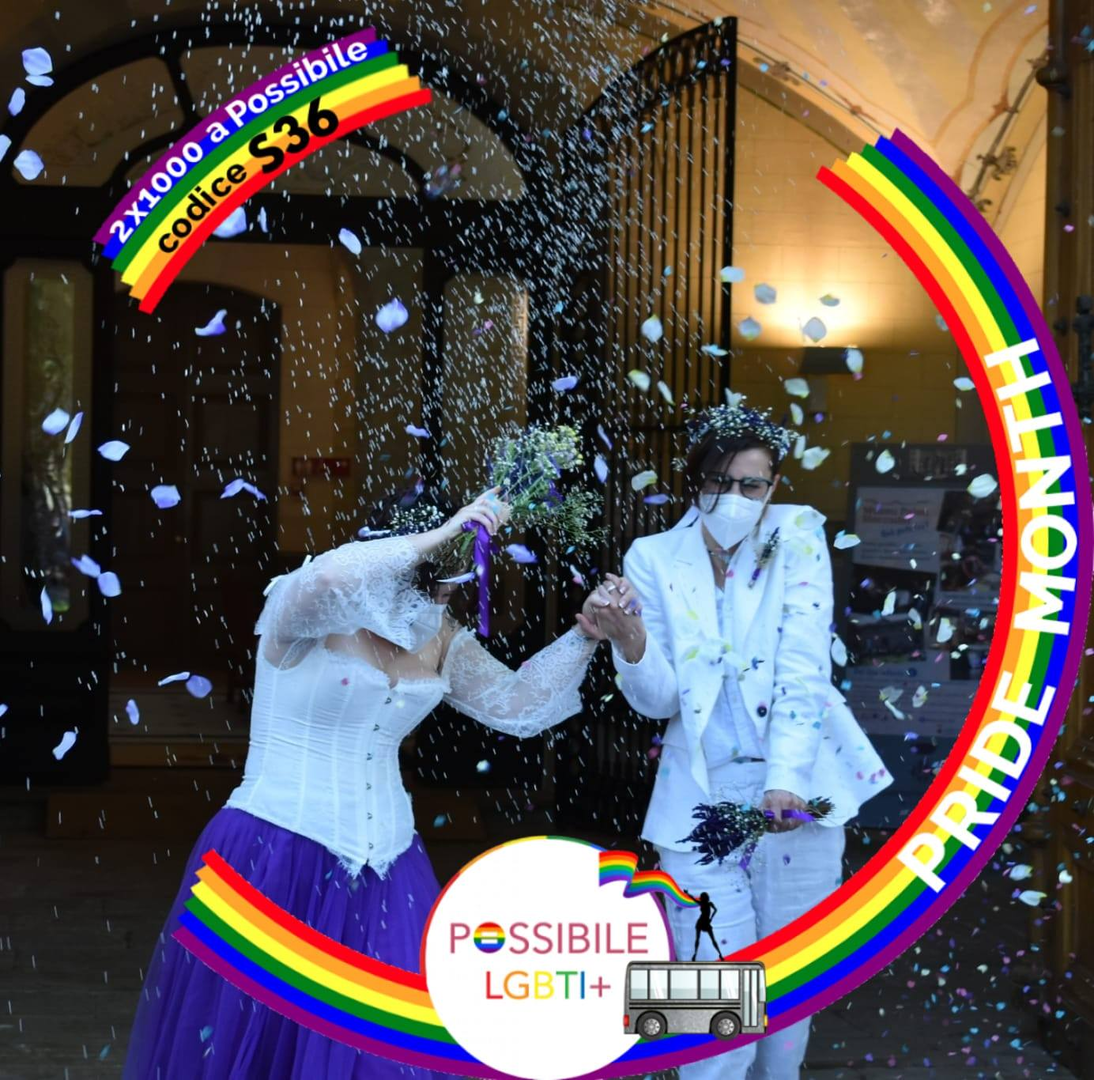 Pride helps to slowly change public opinion. If we wait until the society changes its mind, it will not happen by itself, it should happen with such events, get used to it and no longer get annoyed. Once, I am sure, there will come a day in Georgia when we will be able to hold a Pride in the street without any problems.

In terms of equality, Georgia is in a very bad state. Even in the sense that the wages of women and men differ in the same positions. I myself had the feeling that I would go much further in my career if I were a man – I saw guys who did almost nothing and worked in higher positions.

As for the problems of queer women, for example, now I have such an obstacle – when I come to Georgia, Georgia will not recognize my marriage, we will have a child soon and I do not know who will be considered a mother, me or my wife. We even write both parents on the birth certificate, but I do not count in that legislation as a mother because I do not have a child. It turns out that my parents are not considered grandparents either. That is, if I bring a child to Georgia alone and a problem arises, I may not even be allowed into the hospital.

Also, queer women living in Georgia have a security problem, after the recent events, homophobia is in its heyday, and considering that, I would probably be very scared.

I look at it from today’s perspective, if you do not have freedom when you are who you are, you are the same as the dead. Now I would prefer to be killed, even by Pride raiders, than lie. Since I got out of there, I will never go back. It really is suffering and torture. 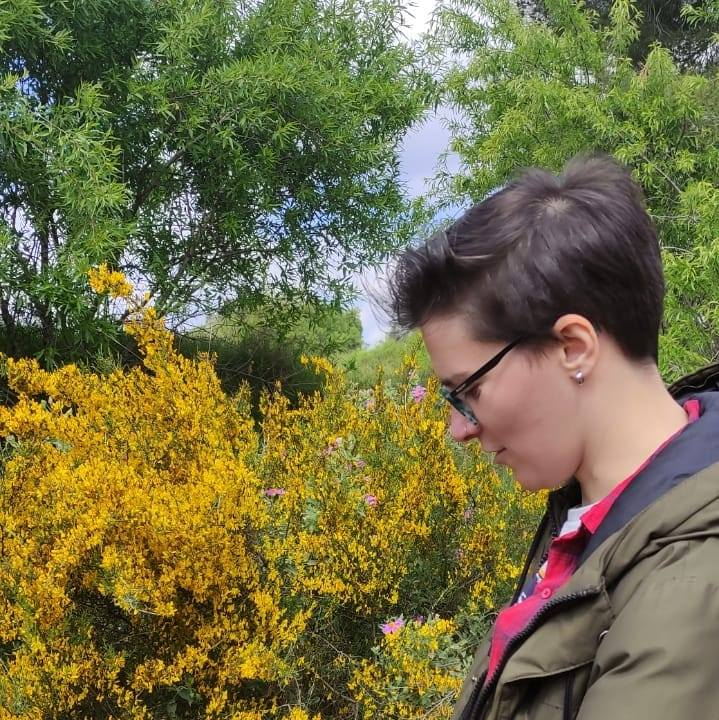 When I came out to my sister, after a while she told me I thought you were boring and it turns out you were depressed, I was so locked in myself. Imagine my sister, whom I have known all my life, thought i was a lifeless wagon. It is very difficult when I played  with everyone, nothing made me happy, I realized that I was living a lie and leading a double life. When I got here, I was so stressed, even though I could see and know that people here had no problem with it, I still managed to Come out. I was scared here too and said nothing. It took me about a year to get out of the situation.

I want to tell the queers not to lose hope. I could never have imagined that i could come out, but I did and I felt what human life is like. Definitely have to look for ways how they can be released. Most importantly, be in harmony with yourself, if you deceive yourself, it will be very difficult, be happy. 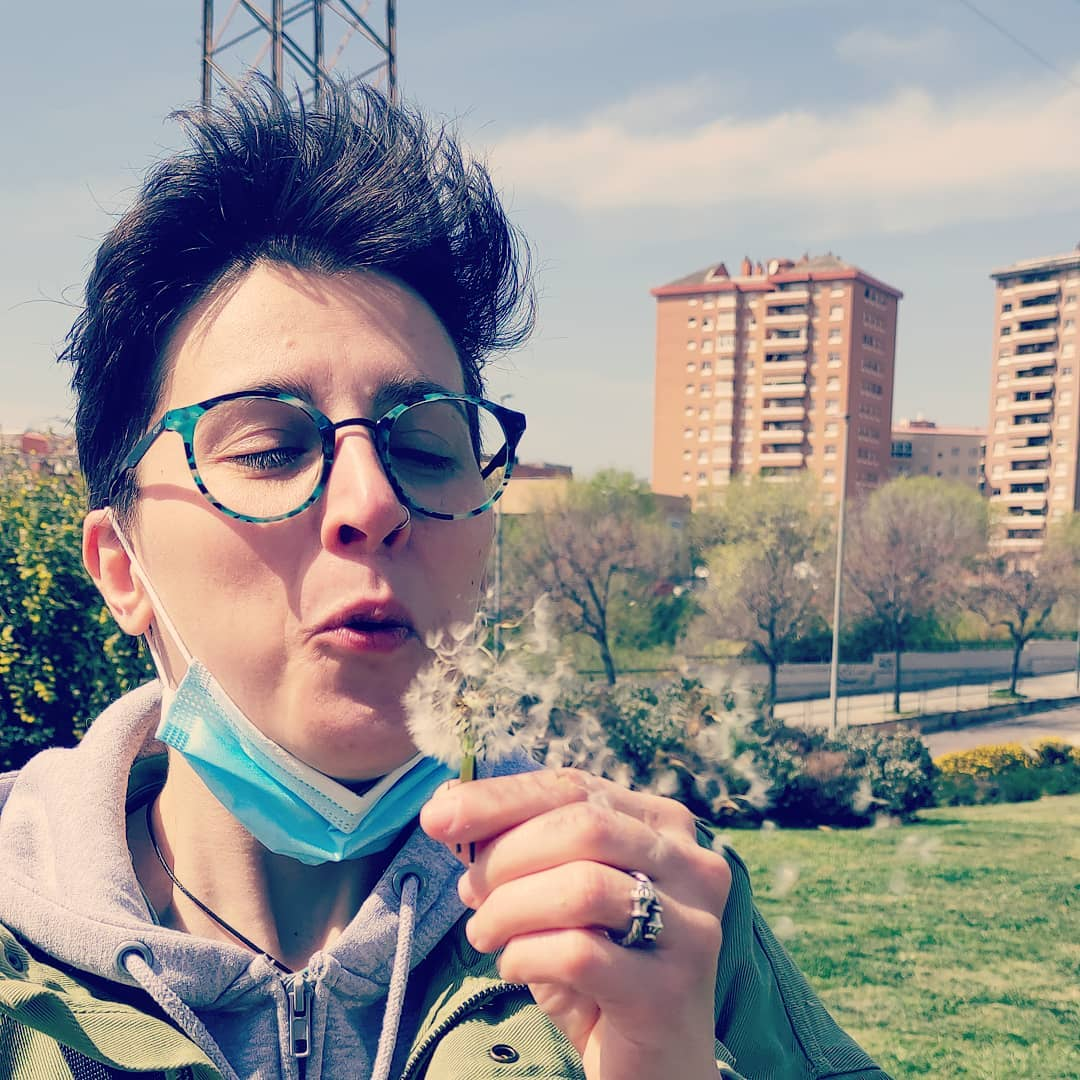 Some choose to stay in Georgia, and this is a great deal of courage and bravery, especially if they have come out – they are in danger, they still do not give up and stay. Queer people have to fight everywhere, the difference is that in some places this fight is for direct survival, as, for example, in Georgia, and in some places – it is for equality.

First of all, they should change their environment least for a while, to see how much difference it is between a normal environment and what they have. If they can do that, I think no one can bring them back. “Returning” does not mean returning to Georgia, I mean returning to the same situation where they were before.